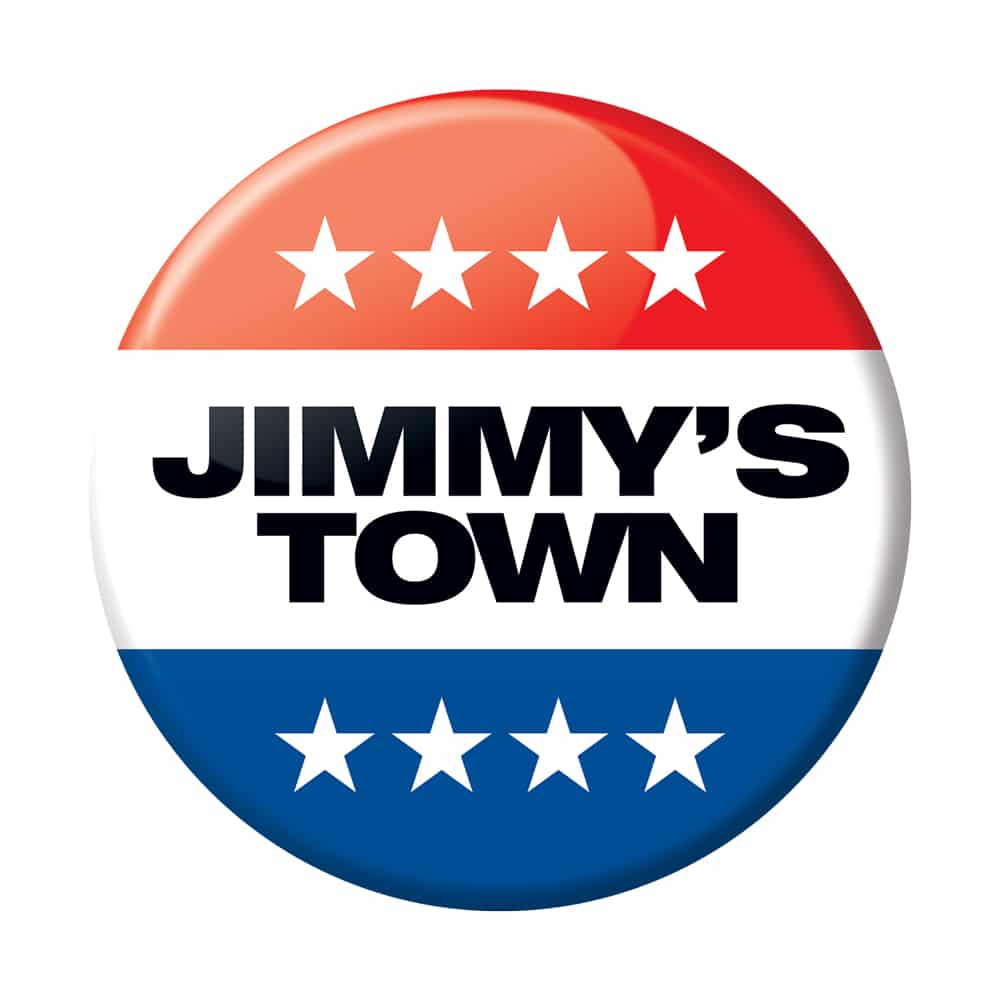 The slow-paced Southern town of Plains, Georgia, boasts hard-working, friendly people, among them the 39th President of the United States who still teaches Sunday school at the Baptist church

Little has changed in Plains, Georgia, with a population of 693, in the last half-century or so — basically, it’s a sleepy small town in the western corner of Sumter County. However, in 1975, that idyllic quietness changed when Jimmy Carter began his race for the presidency. Then, national attention was focused on this peaceful place for the next several months. Plains, with a population of 653 at the time, was a nest of activity with thousands of tourists and press crowding the streets.

Promotional literature for the town sums up the dramatic reaction when he won: “Dateline, November 5, 1976, daybreak, Plains, Georgia. Excitement at the Jimmy Carter Presidential Election Headquarters in the old Seaboard Railroad Depot is at a high fever. This tiny town is packed with thousands of people who have been up all night celebrating Mr. Carter’s win. Fires burn in metal drums along the street; three bands have played during the night and a huge television screen mounted on a building across from the depot has continuously flashed the election returns. It was impossible to drive in Plains; only residents who know the back roads can get in or out of town. Pandemonium breaks out anew as a motorcade from Atlanta arrives carrying Jimmy Carter, the first person to be elected president from the Deep South since the Civil War. As the sun rises over the horizon, President-elect Jimmy Carter addresses the tremendous crowd of supporters at the Railroad Depot as their upturned faces shine with enthusiasm, warmth, and pride.”
For years after, during the tenor of Jimmy Carter’s presidency, Plains was to remain in the public spotlight, constantly visited by loyal Carter fans, the press and the curious. Today, things have quieted down considerably, and Plains is once again a mellow, peaceful small town. In 1987, the National Park Service began operations of the Jimmy Carter National Historic Site, which includes the Jimmy Carter Boyhood Farm, Plains High School Museum and Seaboard Train Depot. These sites chronicle the life and presidency of Mr. Carter and are open daily to the public (except New Year’s Day, Thanksgiving and Christmas Day).

Downtown Plains has retained much of its small-town charm.

In addition to the National Historic Site locations, there are numerous additional President Carter sights to visit while in Plains, including his birthplace, the Carter family church, the Carter family peanut company, a drive past the Carter Compound (closed to the public), Billy Carter’s service station and the historic downtown area.
A good starting place in Plains is the high school. Also housing the museum and visitor center, the school, located on North Bond Street, is where President Carter and First Lady Rosalynn Carter attended both grammar and high school. They were influenced by teacher and principal, Miss Julia L. Coleman, who was a guiding force at the school from 1912 until 1958. Plains High School (the official State School of Georgia) no longer operates as a public school, but visitors there can see films and exhibits depicting the history of Plains and the 39th President of the United States.
On the western edge of town sits the Jimmy Carter Boyhood Farm, where President Carter lived for about 14 years after the family moved here in 1928. On this 360-acre farm, the Carters grew cotton, peanuts and corn, and raised livestock for their own use. Today, the farm and house look much the same as when the former president left the place in 1942, right down to some of the original furniture and artifacts.
Downtown, the Seaboard Train Depot is definitely worth a visit, and as mentioned earlier, was the site where Mr. Carter addressed the town after winning the presidential election in 1976. Completed in 1888 when the town was named Plains of Dura, the depot was moved a short distance south to take advantage of the new railroad line, and the town shortened its name to Plains. The building has been restored to its 1976 appearance when it was Carter’s campaign headquarters.
Just opposite the downtown area is Billy Carter’s service station on Church Street. President Carter’s brother, Billy, owned and operated this gas station from 1972 to 1981, and it was a popular place for visitors and members of the media. Billy was a national “character” for a time, and much attention was focused on him and his service station. Today, the station houses a collection of Billy memorabilia, including a can of his famous “Billy Beer.” And so visitors do not forget President Carter’s peanut background, the Golden Peanut Company at Main and Bond streets still stands, which was formerly the Carter Warehouse complex. This was the site of the family farm supply business as it expanded in the years before Mr. Carter was elected president.

President Jimmy Carter’s boyhood home has been restored to its appearance before electricity was installed in 1938.

Additional Carter sites include the Lillian G. Carter Nursing Center on Hospital Street where President Carter was born on October 1, 1924, and the Plains Baptist Church, where he was baptized, and the church his family attended as he was growing up. President Jimmy Carter and First Lady Rosalynn Carter have been members of The Maranatha Baptist Church on Buena Vista Road since 1981, and the former president made some of the church’s furniture and the collection plates. President Carter continues to do yardwork on the church’s grounds and still teaches Sunday school occasionally at the church.
The Carter Home, located on Woodland Drive, is off limits to the public, and sits on a 2.4-acre lot. The Carters purchased the lot in 1960 and

The Carter family living room is a tribute
to the past.

built the ranch house shortly thereafter. Additional sites of interest in Plains include the Lebanon Cemetery where President Carter’s parents, Earl and Lillian, are buried, as well as his sister Gloria, brother Billy, and other family members. The “Haunted House” on Old Plains Highway has inspired generations of ghost stories, and the Carter family rented this house from 1956 until 1961. And don’t miss the Plains United Methodist Church, where President Carter and First Lady Rosalynn Carter were married in 1946, and Public Housing Unit 9-A, where the couple lived for a year in 1953.
Visiting Plains today is definitely an entertaining experience and a unique insight into the Carter mystique and lifestyle of past and present. President Carter continues to garner national respect as he travels the globe on goodwill and peace-keeping missions. On the day we visited Plains he was again on a trip of international interest, this time to Nepal to oversee a democratic election.
Perhaps the one thing that struck us most about Plains was its open and friendly inhabitants, its easy-going lifestyle, and its sense of peace. It’s no wonder the Carter family has lived here for nearly a century. During our visit, we took a lunch break at a local restaurant and asked if the former president ever stopped by for a bite to eat. The reply? “Sure, Jimmy and Rosalynn were in just last week and said hello.” We thought that summed up the town nicely….

Although Plains is definitely the tourist gem in Sumter County, Georgia, there are some worthwhile nearby sites to visit. Perhaps the most interesting of these is Andersonville National Historic Site in Andersonville. Andersonville was the site of one of the largest of many Confederate military prisons established during the Civil War. Built in late 1864, Confederate officials decided to move the large numbers of Federal prisoners kept in and around Richmond, Virginia, to a place of greater security and more abundant food supply. During the 14 months the prison existed, more than 45,000 Union soldiers were confined in the stockade. Of these, almost 13,000 died from disease, poor sanitation, malnutrition, overcrowding or exposure to the elements. Today, the site is host to a riveting display of what it was like in the horrific prison, where thousands of prisoners struggled on a daily basis just to survive.
Andersonville National Historic Site is the only park in the National Park System to serve as a memorial to all American prisoners of war. The site consists of the Prisoner of War Museum, the Andersonville National Cemetery and the prison site. Visitors can watch an orientation film, wander the museum exhibits and cemetery, or take a driving tour of the grounds.
The largest town in Sumter County, Georgia, is Americus, which hosts its own collection of interesting places. For history buffs, there’s the Rylander Theatre, built in 1921, and a prime example of Art Deco architecture. The stately Windsor Hotel, located downtown, is a Victorian masterpiece that was built in 1892 and designed by Swedish architect, Gottfried Norman. After a $6.5 million renovation, the hotel, now named the Best Western Plus Windsor Hotel, has modern amenities yet still retains much of the original ambiance and architecture. The hotel is reportedly haunted, with one of the permanent residents the ghost of a laughing little girl who runs down the hallway. Visitors to Americus can also tour the Habitat for Humanity’s Global Village and Discovery Center, next to Habitat’s operational headquarters.
Sumter County is home to other quaint and unique small towns, including Leslie, incorporated in 1892, and Desoto, the name of which goes back to Hernando de Soto, the governor of Cuba in 1540.
A wide variety of recreational opportunities are also available, including Lake Blackshear, an 8,500-acre man-made lake for fishing, skiing, boating and swimming. Numerous golf courses can be found in Sumter County, including GSW Griffin Bell Golf Links in Americus.
Special events in the area include the Attapulgus Dogwood Festival the last Saturday in March, Plains Peanut Festival in September, the Taste of Sumter, also in September, and Andersonville’s Annual Historic Fair the first weekend of October.
Whatever brings you to the area — whether the allure of Plains and the legacy of President Carter or the laid-back lifestyle of this corner of Georgia — you’re sure to find a rich, inviting countryside, inhabited by some of the friendliest people in the South. And you might just find President Carter sitting down to a country-flavored meal at the table next to you….

The Brickyard Plantation Golf Club & RV Park, 19 miles from Plains, is open year-round, and all sites are pull-through.