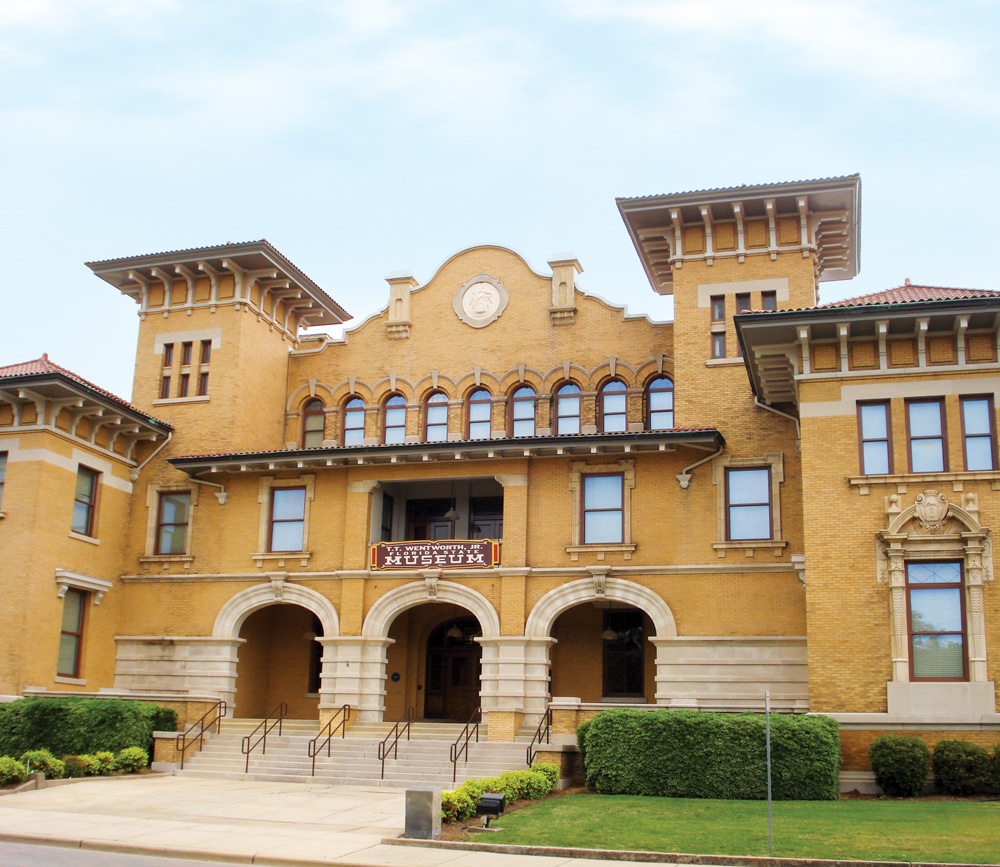 The trip from Alabama’s panhandle into Florida’s better-known panhandle is a short one, but in terms of the differences between the two states, the transition from one border to another is huge. Alabama is steeped in Southern tradition and lore, rich in regionally-sourced gastronomical delights and has its roots deep in Civil War history. Drive into Florida, however, and you’ll notice a world of difference: sun-drenched white-sand beaches, a multitude of sunscreen-lathered tourists soaking up the winter sunshine (especially college students on spring break), and a line of congested traffic heading for points east and south.

Upon entering the state of Florida from Alabama, the first stop on many tourist agendas is the town of Pensacola. The picturesque city of Pensacola is rich in history, lush with parks and pristine beaches, a haven for swimmers, boaters and fisherman, chock full of tourist attractions, and the surrounding area plays host to hundreds of thousands of happy visitors each year.

Any focus on Pensacola would have to begin with the city’s history. Pensacola’s founding dates back more than 450 years and it was originally settled by French and Spanish explorers. Pensacola’s history includes a virtual melting pot of settlers from across the globe. Visitors to this historic town can sit on a park bench in the spot where General Andrew Jackson first raised the American flag in Florida, or walk through a path where the British Fort of Pensacola once stood. The downtown area sports a number of museums, historic buildings, archeological paths, as well as one of the two oldest Florida cemeteries.

The interior of the Old Christ Church in the Historic Pensacola Village is as pristine as the outside.

For a great overview of early Pensacola, don’t miss the Historic Pensacola Village. The Village features a number of original houses dating back to 1805 as well as several museums and a church. Nearby is the Colonial Archeological Trail, which presents evidence of the fortifications that existed on these grounds between the years 1752 and 1821. During this period, Spanish, British and American soldiers occupied the structures along the trail, and the exhibits highlight features that were part of the evolving fort construction, including kitchen sites, buildings, trash pits and wells.

Scattered throughout downtown Pensacola are many specialty shops that blend past, present and future, a number of tasty restaurants and cafes, and a host of museums celebrating Pensacola’s history and culture.

The Blue Angels display inside the National Naval Aviation Museum is a highlight at the museum.

Located just outside of the downtown area is one of Pensacola’s prime attractions — the National Naval Aviation Museum, one of the largest air and space museums in the world. Inside, there are over 150 restored aircraft representing Navy, Marine Corps and Coast Guard aviation. Pensacola is the home to the famous Blue Angels flying team, and a highlight of the museum is the quartet of original jets used by the Blue Angels, hung majestically from the ceiling of the atrium. The museum also features an IMAX theater, a Max Flight 360-degree flight simulator of a Blue Angels ride or a World War II fighter simulator, cockpit trainers, a replica of a carrier flight deck, and much more; truly a museum for kids of all ages.

At the nearby Naval Air Station the Blue Angels perform practice shows over the air station, and the public is invited to attend. Following most of the Wednesday practices, there is an autograph session with the pilots inside the museum. Also located on the air station is Fort Barrancas, remnants of a British fort originally built in 1763, and the historic Pensacola Lighthouse and Museum. With all of these attractions conveniently located in one area, a visit to Pensacola’s Naval Air Station is definitely an all-day event.

Pensacola has a rich history, including a number of military establishments.

Naturally, in this part of Florida’s panhandle, Pensacola is not the only area that attracts visitors. A number of nearby towns hold a wealth of tourist stops, pristine beaches, museums, shopping experiences and unlimited natural beauty.

A drive along Highway 98 just east of Pensacola brings visitors past some of the whitest and most pristine beaches you’ll likely ever encounter. These white sand beaches are particularly impressive near the town of Destin. And don’t miss the towns of Niceville (a place that lives up to its name), Bagdad (patterned with rustic and historic houses), Milton (revered for its riverwalk), and the ever-popular Fort Walton.

Near Destin, take the time to pull off the road and take an up-close look at one of Wyland’s famous “Whaling Walls” — larger than life murals of whales and other sea life created by this nature artist. There are more than 100 of these murals scattered across the United States and the one located in this area of Florida is particularly impressive.

In the town of Milton you’ll find the Arcadia Mill Archaeological Site. The grounds contain the remains (you’ll have to look closely) of a quarry and mill owned by Joseph Forsyth, a Pensacola merchant and shipper who quarried ironstone in the area for the Pensacola wharf. On the site, Forsyth also built a 15-foot-high dam and sawmill on Pond Creek. Later, in 1841, the Arcadia Pail Factory was established. A variety of products were manufactured at the Arcadia Mill Complex, including lumber, shingles, staves, buckets, meal and flour. By 1840, the operation was moved to the Blackwater River, establishing the town of Bagdad. Today, the site offers guided and self-guided grounds tours, a variety of nature trails, a visitor’s center, museum and a picnic area.

The Historic Pensacola Village includes a rich and varied abundance of historic houses.

Pensacola and its surrounding towns and environs have much to offer the visitng RV traveler — sparkling sands, fascinating history and culture, enough museums to browse for days; tasty restaurants featuring everything from oysters, soft-shelled crabs, gourmet pizza, to Creole pastas; and the assorted visitor paraphernalia that is uniquely Floridian. Just a stone’s throw from Mobile, Ala., and the Deep South, Pensacola is another world once you cross the Florida state line.

There are a number of RV parks in the Pensacola area, including the Big Lagoon State Park, Perdido Cove RV Resort & Marina and the Playa Del Rio RV Park. Naturally, because this is Florida tourist country, the area becomes extremely populated and busy during its peak season (roughly December through March), and is somewhat quieter the remainder of the year. Pensacola and its surrounding area offers everything in the way of tourist amenities, with plenty of tasty restaurants, shopping for every budget and taste, and many stores that cater to the RV traveler.