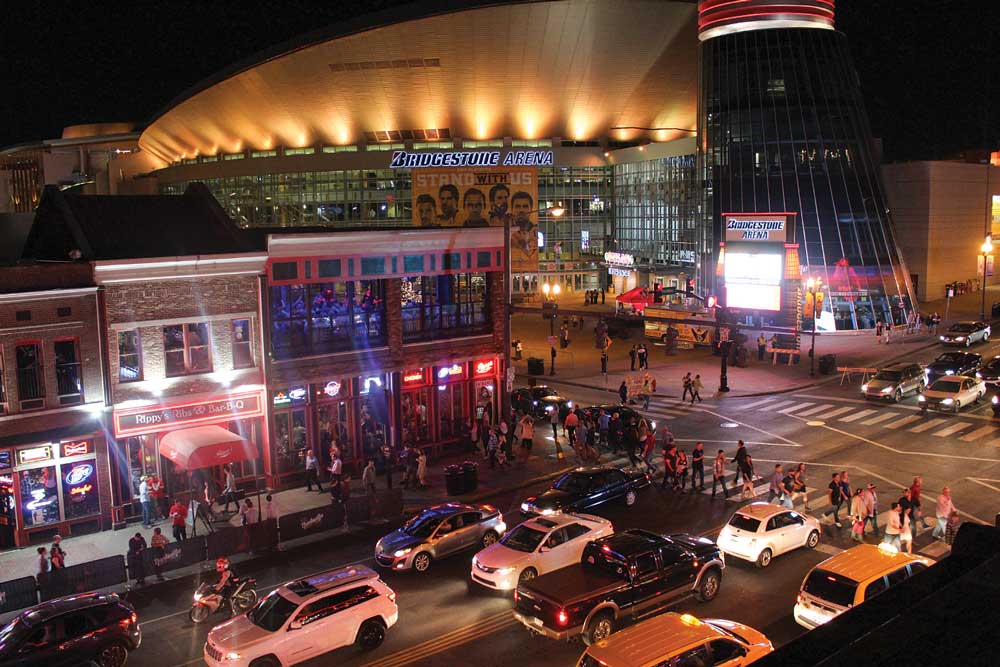 It may be the tunes that draw visitors to Nashville, Tennessee, but the culture, architecture and dining opportunities make the experience so much more

You can’t help but think of country music when you think of Nashville, Tennessee. It’s home to the Grand Ole Opry, and it’s the place where any up-and-coming country singer has always gone to make it big. In recent years, the TV show “Nashville,” currently in its sixth and final season, has only helped solidify that reputation with a younger generation of music fans.

And while country music may be the initial draw to most of the millions of visitors who travel here every year, the city has experienced a cultural boom in recent years that’s seen it expand and grow in a number of new directions. “Music City” doesn’t only mean “country” anymore. Rock and pop stars live, record and perform here, and Nashville has its own symphony. Other non-music attractions include distilleries, wineries and a fast-growing dining scene. That, combined with historical sites like The Hermitage, Belle Meade Plantation and the Parthenon, make it clear that if you’re going to visit Nashville, you need a plan to make sure you see as much as possible.

The Bridgestone Arena located downtown hosts a variety of entertainment events and is the home of the NHL’s Nashville Predators.

It’s an easy walk from the Ryman to the Country Music Hall of Fame and Museum, which has two floors of exhibits, artifacts, photos and memorabilia that highlight the careers of artists who have achieved the genre’s highest honor. Some of the newer exhibits focus on Loretta Lynn, Faith Hill and Tim McGraw, Shania Twain, and the unique relationship between Johnny Cash and Bob Dylan.

Still downtown, you can visit the George Jones, Johnny Cash and Patsy Cline museums, all within walking distance of each other. The Patsy Cline Museum opened in April 2017 and showcases the short career of one of the greatest female voices in country music, as well as offering insight into her life as a wife, a mother and a friend.

Patsy Cline Museum’s Keith Wright says there are many items on display that tell some special stories, including an old scrapbook he counts as his favorite. 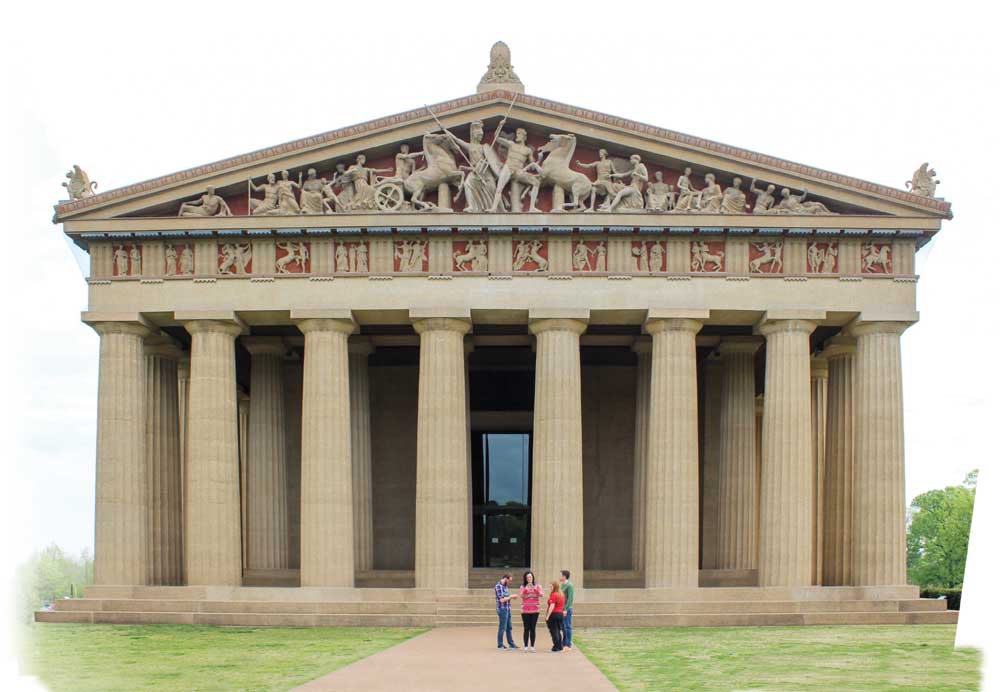 Known as the “Athens of the South,” Nashville also is home to a full-scale replica of the famous Parthenon.

“The book was Patsy’s scrapbook, where she collected clippings, photographs and things about her career as it went along, and one night she asked Dottie West to take it home for her and take care of it. When Dottie got home she found a $75 check inside and Patsy had written a note saying, ‘I know you’re not working right now, pay your rent.’ That’s the kind of woman Patsy Cline was,” said Wright. Cline’s music career was cut short when she died in a plane crash in 1963.

The Johnny Cash Museum, which is in the same building, pays tribute to the Man in Black with personal items such as handwritten lyrics to songs like “I Walk the Line” and “Folsom Prison Blues,” artifacts from San Quentin, and a heart pillow Valentine he gave to his beloved wife, June Carter Cash.

What to See
Perhaps the most famous landmark in Tennessee is
the Grand Ole Opry House, located at 2804 Opryland
Drive, about 20 minutes from downtown. Nearby
you will find numerous restaurants, a golf course
and shopping including the large Opry Mills mall.

The George Jones Museum is part of a bigger entertainment complex that also features a restaurant and rooftop bar. The museum was created by Jones’s widow, Nancy, and includes items she collected over the years.

“George used to say, ‘Why do you hold on to all of that? Nobody cares about that stuff,’” she recalled. “He never realized that he was a legend or an icon. I told him I was going to put it all in a museum and he’d say, ‘Well, go ahead; nobody’s going to come.’ Boy, was he wrong.”

While you’re downtown you’ll also want to check out Lower Broadway, also known as Honky Tonk Row. A honky-tonk is a club with music, and the music here starts at around 11 a.m. every day and goes into the early hours of the next morning. There are no cover charges and it’s a family-friendly environment, with all ages welcome to walk in and enjoy the music until around 6 or 7 p.m. Don’t miss a chance to stop in to a couple of these places and hear some incredible singers and musicians.

One other interesting spot for music fans is the Historic RCA Studio B. It’s the only recording studio open for tours on Music Row, and the only way to tour it is to buy a ticket at the Country Music Hall of Fame. Your ticket includes transportation. More than 35,000 songs were brought to life here by artists like Elvis Presley, the Everly Brothers, Porter Wagoner, Dolly Parton, Willie Nelson and others. Elvis alone recorded more than 260 songs at Studio B and you can see the exact spot (called “the sweet spot”) where he stood when he sang.

Austrian tourist Alexander Fritsch told me that visiting Studio B was the highlight of his Nashville visit. 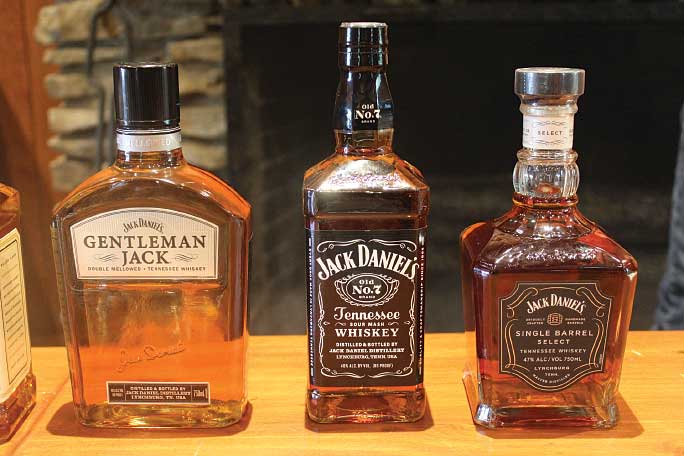 Although Lynchburg, Tennessee, is located in a dry county, visitors to the distillery are allowed a taste at a number of tours (a dry option is also available).

“Studio B is where Elvis recorded and Roy Orbison recorded, and many other greats recorded. One of my favorite guitar players, Chet Atkins, ran that studio as a producer, so seeing it was very special for me.”

When it comes to dining out, Nashville affords plenty of options. If you’re downtown, check out Puckett’s, Jack’s or Martin’s Bar-B-Que. You might try Urban Grub in the trendy 12 South neighborhood, or visit Biscuit Love for breakfast or brunch in the Gulch neighborhood. Another popular Nashville breakfast spot is the Pancake Pantry in Hillsboro Village.

There are plenty of breweries, distilleries and wineries in and around Nashville. You can also take half a day and visit the Jack Daniel’s Distillery about 70 miles outside Nashville in Lynchburg, Tennessee. It’s interesting to note that the world’s No. 1-selling whiskey is made in a “dry” county. During a tour and tasting you’ll hear some of the history of Jack Daniel and the distillery, and discover some interesting facts about the whiskey. For example, Frank Sinatra was such a fan, he was buried with an airplane bottle of the stuff in his lapel pocket.

Nashville is home to two historic mansions that are definitely worth visiting. President Andrew Jackson’s Hermitage home is about 15 minutes outside of downtown. Exhibits and displays in the 13-room Greek Revival structure, along with his wife’s beautiful gardens, help paint a picture of Jackson’s life. He and his wife are buried on the property. 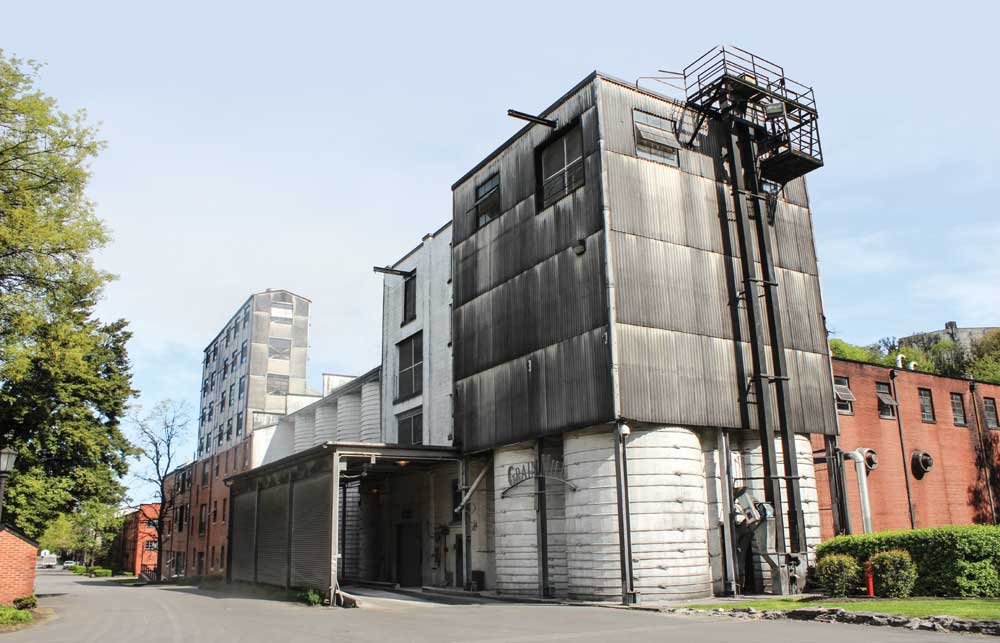 Jack Daniel’s Distillery was the first registered distillery in the United States. Naturally, Daniel was the whiskey’s Master Distiller.

Belle Meade Plantation is another beautiful example of Greek Revival antebellum architecture. It’s also one of the few homes that had a Civil War battle fought on the lawn. If you look at the columns on the front porch you can see the marks left by cannon fire.
After seeing two examples of Greek Revival architecture, be sure to check out Nashville’s full-scale replica of the Parthenon. The original structure was built in 1897 for the Tennessee Centennial Exposition as a way to mark the city’s designation as the “Athens of the South.” It was permanently reconstructed in 1931. There’s a 42-foot-tall statue of the goddess Athena inside. The statue is covered with 8 pounds of gold.

When choosing where to stay in Nashville, options include two Good Sam campgrounds, both just 10 to 15 minutes from downtown.

Nashville Shores Lakeside Resort is a vacation spot all on its own with a 14,000-acre lake, a marina, a waterpark, a Treetop Adventure Park with zip lines and rope courses, pontoon boats, jet skis and more.

Two Rivers Campground is owned by Rusty and Cathy Rust, and sits right next to a Camping World SuperCenter. In addition to all of the normal amenities offered, the campground has a full concierge desk right on the property.

“When people come to Nashville and want to do tours, dinner shows and get Opry tickets, we offer access to all of that,” Cathy explained. “And the tours do pick up right here at the campground.”

And for those who like to stay close to home in the evenings, the park has live music of its own five nights a week. She adds that extra discounts are available for people staying an extended amount of time.

You do need to book in advance at Two Rivers and Nashville Shores, as both stay very busy.

If you plan a visit to Nashville, make sure to allow enough time. You’ll be surprised at just how much there is to see and do.

Two Rivers Campground is a convenient home base
for area attractions.