Montana to Wisconsin, And Back Again 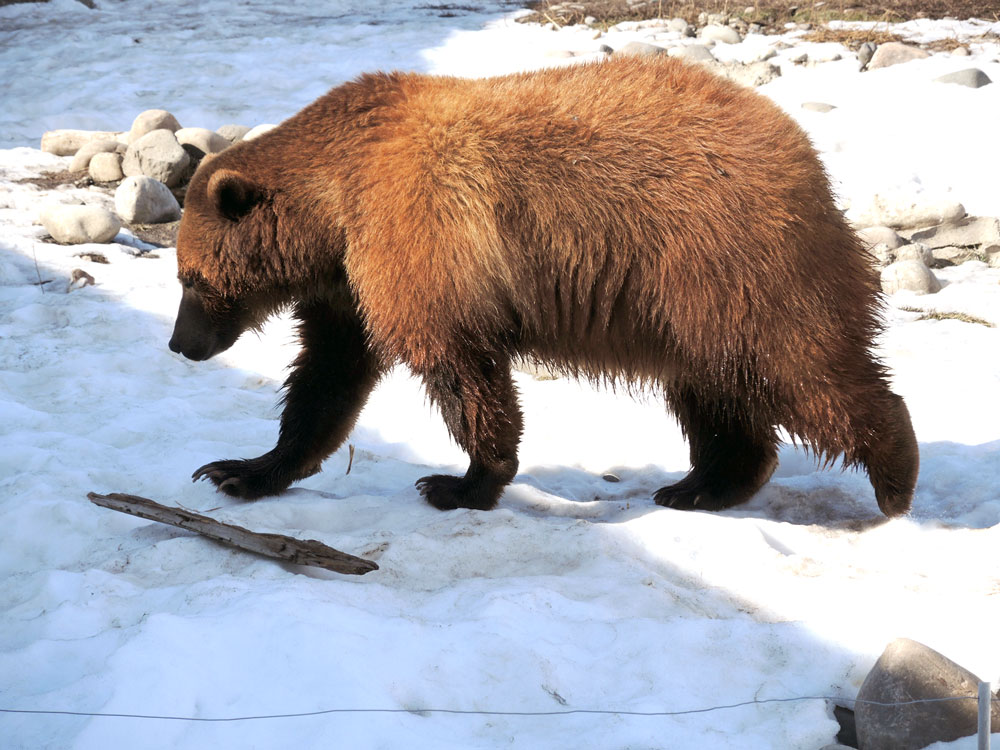 “Two roads diverged in a wood, and I– I took the one less traveled by, And that has made all the difference.” – The Road Not Taken, Robert Frost

Robert Frost’s poem, The Road Not Taken, echoed in my mind as I headed east on Interstate 90 crossing the Idaho-Montana border. Interstate 94 lay ahead and, as the road less traveled, it was surely the one I should take.

Lacking Frost’s spirit of adventure, I didn’t take the turn northeast onto 94. I had just visited the little silver-mining town of Wallace, which practically sits on an I-90 off-ramp, and Coeur d’Alene, also in Idaho, and was so enthralled with spectacular vistas that I didn’t dare depart I-90. The northern route could wait until my return trip, despite Frost’s inspiration.

The northerly twins – I-90 and I-94 – are probably the cross-country routes least used by RVers who are drawn to southern warmth like iron filings to a magnet. These four-lane, divided freeways travel somewhat parallel, exploring different terrain for the 1,000 miles between Billings, Montana, and Tomah, Wisconsin. Both routes provide safe, big-rig friendly transport with service centers, moderately priced fuel and 75-mph limits to encourage the burning of that fuel.

Setting out in mid-March, because of a family commitment near Niagara Falls, meant limited camping options as state parks and private campgrounds remained closed. Fortunately KOAs dot the route at convenient intervals and many stay open year-round. Without them, the pavements of Flying J and Wal-Mart would have become familiar night sights.

Decades ago I traveled these highways and recalled that I-90, the southern route, had enough roadside attractions to keep the most somnolent driver alert while I-94 featured powerful vistas and billboard-free travel. My quest was to see if memory matched reality and to compare attractions located within a mile or two of the interstates. I refused to wander country lanes in search of magnetic waterfalls or giant potatoes that look like the head of John Malkovich. However, off ramp tourist attractions draw me like mosquitos to skin.

Taking I-90 across the panhandle of Idaho and through Montana provided riveting scenery that my wife, Lian, dubbed the four R’s: rail, road, ridge and river. Recreational trails appeared regularly while our rearview mirror reflected a sky that grew bigger as our wheels progressed into Montana.

In Missoula, and the three B’s – Butte, Bozeman and Billings – we took advantage of their river locations and drove through each Montana city. When a parking spot popped up, we took riverside walks despite freezing air that got colder as we went east. Unusual attractions soon made appearances. At Deer Lodge, Montana, cost couldn’t keep us from a combo called Cowboys, Cars and Cons. For less than $10 one could spend a day touring Montana State Prison, used for 110 years from the 1870s, four smaller museums, plus the Montana Auto Museum that included a 1933 pop-up camper.

Bozeman Hot Springs, with nine pools up to 106 degrees Fahrenheit, quickly relieved the chill from the air and settled us for a good sleep at the KOA, a short walk from the springs. In the morning we learned about local dinosaur finds at Bozeman’s impressive Museum of the Rockies. Barely out of Bozeman, we stopped at Montana Grizzly Encounter and met Brutus and his buddies, all rescued bears.

Our South Dakota visit started with the heads of presidents Washington, Lincoln, Jefferson and Roosevelt magnificently chiseled from the rock of Mount Rushmore. Nearby, the unfinished Crazy Horse carving also amazed in terms of magnitude, man-hours and determination. Beside I-90, in South Dakota, stands one of the oddest destination attractions. The settlement known as Wall Drug announces itself, 100 miles ahead, with billboards promoting 5-cent coffee and free entry to the Western-themed settlement. What you’ll find is essentially a collection of shops selling souvenirs. Souvenirs of what? Souvenirs of a town that sells souvenirs. It started in 1931 when a drugstore attracted customers by giving free ice water to thirsty travelers. Today, among blocks of trinket shops, there’s free ice water, pioneer memorabilia, artifacts, paintings, carvings, good 5-cent coffee and tourists by the busload.

On the south side of I-90 stands the flip side of Wall Drug – the most desolate, intimidating landscape imaginable at aptly named Badlands National Park. A drive along paved route 240 adds very few miles and provides a chance to see wildlife and rock formations caused by volcanic upheavals. Before departing South Dakota, be sure to stop in at another oddity – the Corn Palace in Mitchell. Since 1892 the town arena has been festooned with 275,000 ears of corn, cut in half lengthwise, plus assorted grains, nailed to the building in artistic patterns to create thematic scenes that change every year.

When we reached Minnesota, we started with a pair of oddball must-sees related to food. At the town of Blue Earth stands the contradictorily colored Jolly Green Giant statue of pea fame. The 55-foot-tall fiberglass monument to canned green peas commemorated, in 1978, not a bumper crop, but rather the linking of east and west sections of I-90. The town gets its name from its blue clay.

Just down the highway at Austin we discovered the SPAM Museum. Displays, plus radio and TV advertising, show the 79-year history of Hormel Foods’ favorite brand. Every kind of SPAM on the market is available for purchase.

The excitement of I-90 ended in Wisconsin as it joined I-94 and both lost their uniqueness, rolling east into endless development, gouging tollbooths and inevitable jams in the big industrial cities.

In late April we headed west on the return trip, looking forward to wide-open spaces and competing attractions along the road less traveled, I-94. With patches of snow still dotting the landscape, the camping situation hadn’t changed. After the “two roads diverged” in Wisconsin, we stayed on I-94 and headed northwest to Bloomington, Minnesota, where Mall of America, the biggest in the country, beaconed. Despite the endless array of stores, we spent most of our time admiring enormous Lego creations, taking rides at Nickelodeon Universe, playing miniature golf and enjoying the tranquility of fish at Sea Life Aquarium.

Fargo, first stop at the eastern edge of North Dakota, gained fame (or notoriety) for the Coen brothers’ movie of the same name. In the tourist info office, the infamous woodchipper from the film is displayed and, of course, a photo of a family member gruesomely pushing a leg (plastic one available) into the chopper is required.

Buffalo are huge creatures, but none rates with the colossal 60-ton sculpture at the National Buffalo Museum in Jamestown, 100 miles west of Fargo. A viewing stand provides a panorama of surrounding land that buffalo roam and call home. A rare albino may come into view, but alas, that was not our case as the Plains were empty as a campground in a snowstorm.

Getting off the highway at Mandan, three hours west of Fargo, enables the traveler to roll along U.S. Highway 10, which, prior to 1925, was the Old Red Trail used by General Custer and countless pioneers. Ten communities between Mandan and Dickinson sport museums, historic sites and recreational facilities. Each posts a phone number that leads to more information and an audio tour.

A giant roadside sculpture of flying geese, at exit 72, marks the Enchanted Highway with the world’s biggest scrap-metal sculptures. Stretching 32 miles between I-94 and the shrinking town of Regent, artist Gary Greff’s creations are intended to bring tourists to Regent.

Before departing North Dakota, the city of Medora offers the Cowboy Hall of Fame, covering rodeos, ranching, rustling and rustic native life. I-94 continues through Theodore Roosevelt National Park with sweeping vistas that continue into Montana and back to Billings where the northern highway unites with I-90.

In looking back, my memories were correct. In 15 years a few more attractions have popped up, but basically northern 94 is still for lovers of nature and 90 attracts those with attention deficit and restless kids. 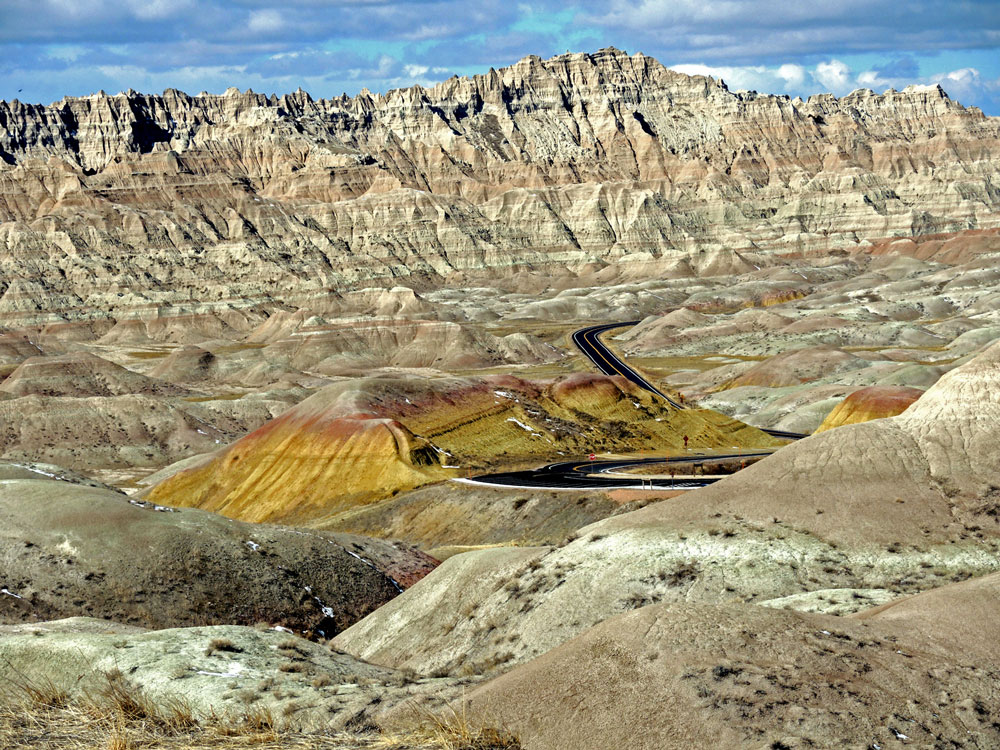