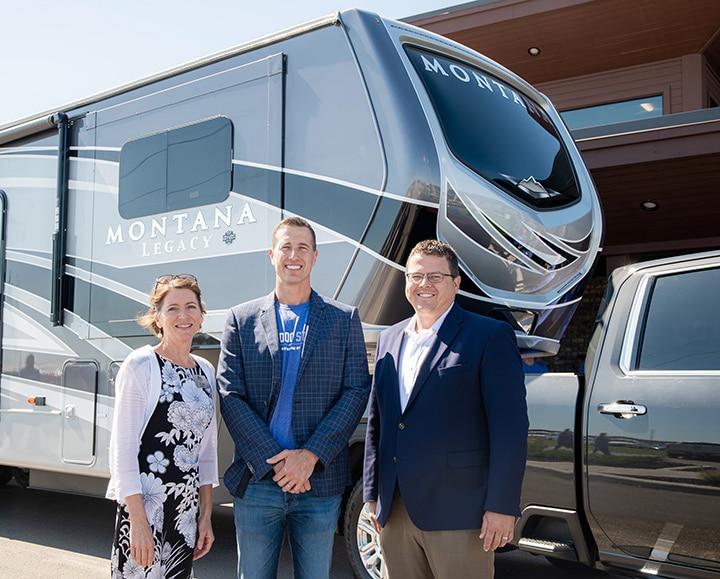 Keystone celebrates production of its millionth RV, a rare event in the RV industry.

On August 29, 2019, Keystone RV Company celebrated the shipment of its millionth production RV with a ribbon-cutting ceremony, during which a 2020 Keystone Montana 3761FL fifth-wheel was towed by a 2020 Sierra 2500 HD Denali off its corporate complex to be delivered to Walnut Ridge Family RV Center in New Castle, Indiana.

The manufacturer got its name in 1996 when industry veteran Cole Davis became president and major shareholder of Aristocrat Industries, Inc., and rechristened it Keystone RV Company. The original 60,000-square-foot factory in Goshen, Indiana, remains part of Keystone’s sprawling 320-acre campus, now home to more than 25 manufacturing plants and the company’s corporate office.

Now a division of Thor Industries, Keystone has manufacturing facilities in Pendleton, Oregon, as well as Goshen, where it employs 5,000 workers.