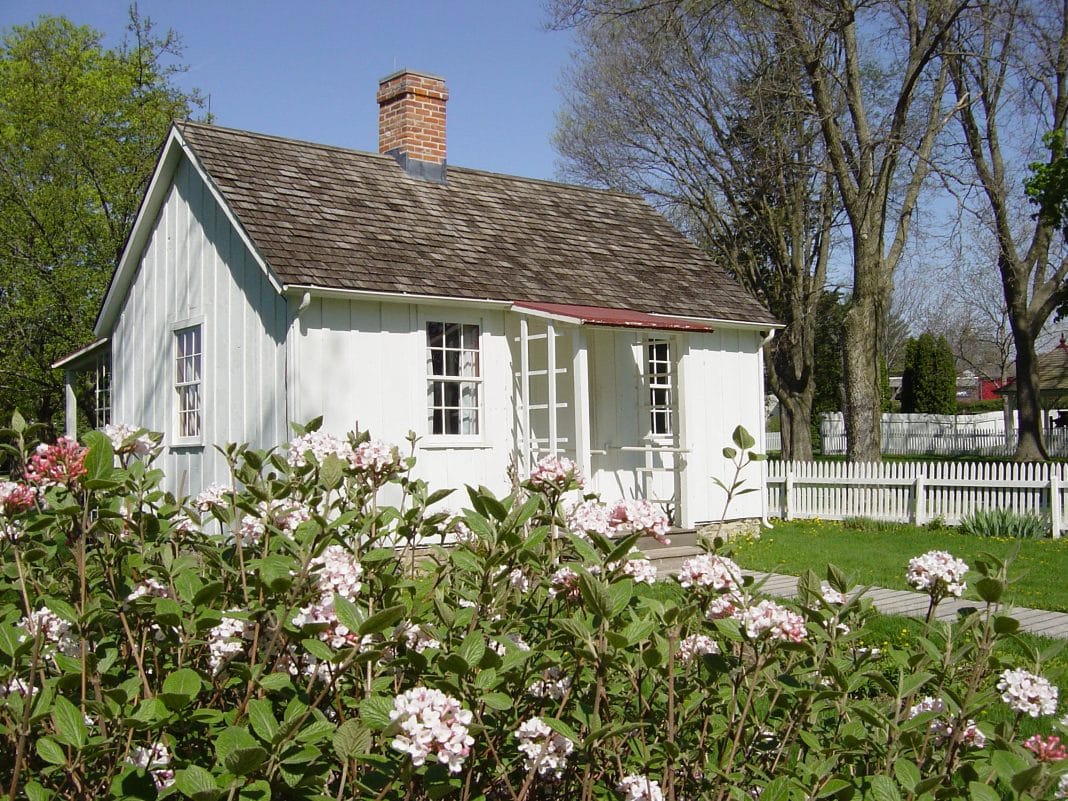 Herbert Hoover, the 31st president of the United States, was known as a humanitarian, statesman and mining engineer. Though he grew up to create a legendary legacy for himself, his beginnings were humble. Born in a two-room cottage in West Branch, Iowa on August 10, 1874, Hoover’s Quaker family and early-life experiences taught him the morals and discipline he would one day need to run the country.

Shortly after his birth, Hoover’s parents, Jesse and Hulda, left their three children behind when they perished, one from a heart attack and the other from a bout of illnesses, respectively. Hoover and his two siblings were sent to live among relatives, including an aunt and uncle on a farm near West Branch. By age 11, Hoover was sent to live with his maternal uncle and aunt in Oregon where he studied and worked in his uncle’s Oregon Land Company. Eventually, he entered the first class of Stanford University in Palo Alto, Calif. and received a degree in geology in 1895. Working in the California gold mines for a few years, Hoover eventually joined a British firm and worked as a mining engineer in Australia in 1897. During the first World War, Hoover’s humanitarian efforts were recognized as well as his service as Secretary of Commerce, undoubtedly helping to earn his presidency in 1928. Just as in recent times, Hoover’s presidency was shrouded within an economic depression that caused him to work hard restructuring bank legislation, creating the Reconstruction Finance Corporation, developing an agricultural credit system and promoting trade and stabilizing currencies. Despite his efforts, he lost the re-election against Franklin D. Roosevelt in 1932. Though not involved in the presidency after 1932, Hoover continued humanitarian efforts for the duration of his life in California providing welfare to young adults, and food relief to European countries in World War II until his death on October 20, 1964.

Today, the Herbert Hoover National Historic Site in West Branch, Iowa spans across 187 acres of prairie, savanna, forest and rolling ridges and offers visitors the chance to step into the past while reveling in nature’s beauty. Much of Iowa’s prairies have been redeveloped for other purposes, while the forests – once cut for lumber and farm land, have grown back, Herbert Hoover National Historic site has 81 acres of reconstructed tall grass prairie and 50 acres of parkland within its limits.

The site offers views of the oldest building on site, the West Branch Schoolhouse built in 1853, Birthplace Cottage – the restored house Hoover was born in (restoration began in 1938), the Gravesite where Herbert and his wife, Lou Henry Hoover, are laid to rest, a reconstructed blacksmith shop as a nod to Hoover’s father, Jesse, who owned an operated a blacksmith shop in West Branch from 1871 to 1878, as well as Herbert Hoover Presidential Library & Museum and the Visitor Center where more information can be found about Hoover and his life.

Adults and kids alike will enjoy a look into the nation’s history as well as the abundance of natural beauty Iowa offers. The Herbert Hoover National Historic Site is open to the public 24-hours a day. Buildings are open daily from 9 a.m. to 5 p.m. with holiday closures. Admission is free for children, $6 adults and $3 for senior citizens. More information can be found at 319-643-2541, www.nps.gov/heho