Fun in Western Colorado: From Grand Junction to Glenwood Springs 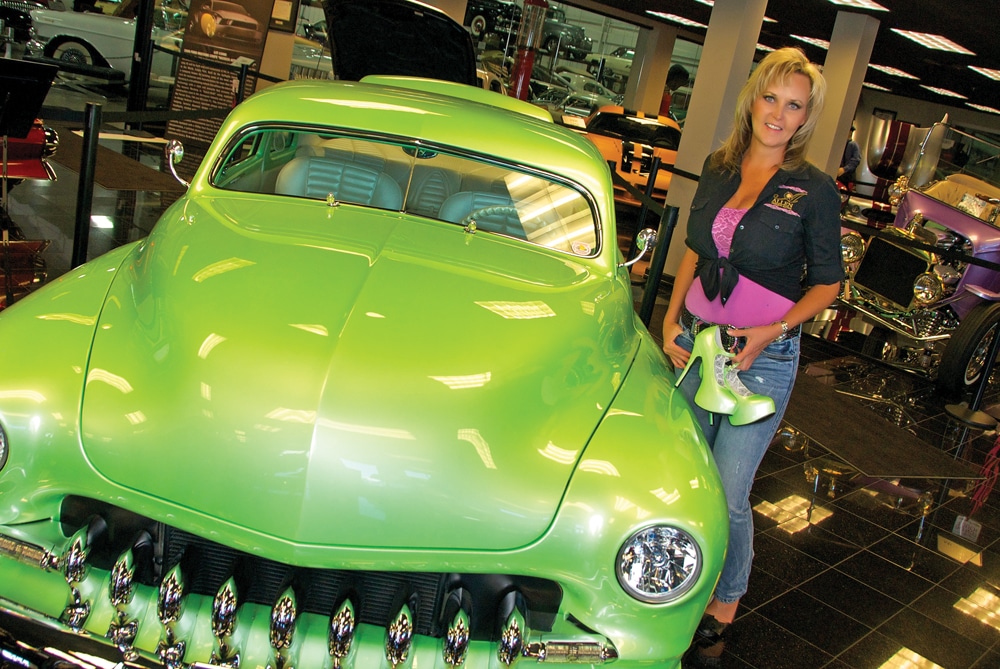 In 2011, Rand McNally and USA Today named Glenwood Springs, Colo., the “Most Fun Town in the America.” Eighty miles to the west, Grand Junction lies at the heart of Colorado’s wine country. These are just two of the reasons my husband, Jim, and I decided to explore sites around these fun-filled towns, an area we’d often admired as we drove through in our motor­home. Usually we’d stop to stock up on the bountiful harvest grown in the Grand Valley’s orchards, vineyards and farms or to soak in the Glenwood Hot Springs. This time we stayed long enough to appreciate more of what this area has to offer.

We arrived in Grand Junction in mid-September, just in time for the last downtown farmers market of the summer. For 15 Thursday evenings between June and September, booths filled with local produce line four blocks of Main Street, with tree-ripened peaches being the star attraction. The sweet, juicy peaches grown in and around Palisade are known for their exceptional flavor. But it’s more than fresh peaches, cherries, tomatoes and corn that make this community event special.

When I saw the belly dancers, I knew this was no ordinary farmers market. Sultan’s Pride, a Middle Eastern dance troupe, entertained the crowd. Merchants sold handcrafted jewelry and soaps. Palm readers predicted their clients’ futures and massage therapists offered free chair massages. Musicians performed next to a massive buffalo made entirely of chrome car bumpers.

The buffalo is part of Grand Junction’s Art on the Corner, a year-round outdoor sculpture exhibit. More than 100 sculptures in various mediums and styles adorn Main Street. Three-quarters of the collection are permanent exhibits; the remainder is part of an annual temporary show.

West of Grand Junction, Colorado National Monument consists of 32 square miles of spectacular redrock canyons and towering monoliths. We drove the scenic 23-mile Rim Rock Drive, stopping several times to hike the trails. The desert bighorn sheep that inhabit the monument stayed out of sight. Ravens, jays and canyon wrens perched in the pinyon pines and among the junipers. A lone golden eagle soared overhead, eyeing the chipmunks and squirrels. It was an awe-inspiring combination of wildlife and landscape.

The awe continued at the visitor center, where we viewed a 12-minute animated film that explained the 320-million year geologic history of the monument. Back when dinosaurs roamed the Earth, ancient mountains, rivers and seas shaped this land into the semi-desert it is today.

Not far from the monument’s west entrance, in the town of Fruita, is Dinosaur Journey Museum. The collection includes real dinosaur bones, cast skeletons and robotic reconstructions of dinosaurs. A favorite of younger museum-goers is the life-size reconstruction of a Dilophosaurus, the largest carnivorous dinosaur of the Early Jurassic period. This nasty fellow rears his head and spits a stream of water at children who line up to get sprayed. While the museum admits this venom-spitting behavior is pure speculation, the young boy I asked about it had this answer: “He spits to make kids laugh.”

The museum also offers family-oriented dinosaur digs. Dinosaur-loving adults and children, ages 5 and older, can dig for dinosaur bones and tracks in the area’s 150-million-year-old badlands. The half-day dig ($65 per person) included a tour of the Fruita Paleontological Area by a professional paleontologist and instructions for digging in a quarry famous for yielding many of the area’s most important fossils and transportation. The one-day dig in Rabbit Valley ($125) also included lunch and a tour of the Dinosaur Journey Paleo lab. Three- and five-day expeditions are also offered.

You don’t have to be a car enthusiast to be wowed by Tammy Allen’s collection of more than 80 classic cars valued at $7 million.

Grand Junction’s newest must-see attraction is Allen Unique Autos, which opened in 2010. You don’t have to be a car enthusiast to be wowed by Tammy Allen’s collection of more than 80 classic cars valued at $7 million. Her collection includes a pair of matching 1966 Mustang convertibles owned by Sonny and Cher, the ambulance believed to have transported President Kennedy’s casket following his assassination in 1963, and a 1950 custom Mercury named the Wasabi for its pearl-green finish. Peek inside the Wasabi to see a pair of stiletto shoes painted to match the car – a showing of Tammy’s feminine touch in the male-dominated world of car collecting.

We timed our visit in sync with the Colorado Mountain Winefest in Palisade, east of Grand Junction. This annual event is held the third weekend of September, with seminars and dinners held Thursday through Sunday. The main event is Saturday’s Festival in the Park. Fifty-six Colorado wineries offered samples. After tasting several wines, we ate lunch under a tree while listening to live music by Dotsero. The festival has something for everyone: grape stomping, booths of local arts and crafts, and chef demonstrations. This year’s Winefest will be held September 13-16.

We already had a ton of fun, even before we got to Glenwood Springs. Glenwood Hot Springs, the world’s largest mineral hot springs pool, is a popular attraction. Discovered by the Ute Native American tribe thousands of years ago, it has provided year-round relaxation and healing ever since. The therapy pool is 104 degrees Fahrenheit, 100 feet long and contains 91,000 gallons of water. I have fond memories of soaking in the therapy pool with snow gently falling after ski trips to nearby Aspen, Snowmass and Sunlight. The large pool, maintained at a comfortable 90-93 degrees Fahrenheit, is 405 feet long and 100 feet wide, and contains 1,071,000 gallons. After an hour of soaking, our bodies felt relaxed and rejuvenated.

The facility also has a miniature golf course, water slides, athletic club, lodge and spa. The Spa of the Rockies was recently opened in the completely renovated historic bathhouse. If you are in the mood for pampering, the spa has a full menu of massages, facials and other body treatments.

The infamous gunslinger Doc Holliday, who suffered from tuberculosis, came to Glenwood Hot Springs near the end of his life to ease his symptoms. Soaking in highly concentrated mineral water is thought to have many health benefits, but these medicinal waters were no cure for TB. Holliday died at age 36 in 1887 and was buried in Linwood Cemetery along with the pioneers of Glenwood. We embarked on the short steep hike to Doc Holliday’s memorial. Perched on a hillside overlooking Glenwood Springs, the cemetery rewards history buffs with interesting headstones and nature lovers with a stunning view of the Roaring Fork Valley.

Another short but steep hike is the path to Hanging Lake, east of Glenwood on Interstate 70. The trail rises more than 1,000 feet in just over a mile. We arrived, already breathless, for a breathtaking view of waterfalls cascading into a crystal clear lake. Hanging Lake trailhead is at exit 125, which is accessible from eastbound I-70.

History buffs and art enthusiasts may also enjoy a short journey 30 miles south of Glenwood to the village of Redstone. Established in the late 19th century by industrialist John Cleveland Osgood as part of a coal mining enterprise, Redstone was recognized as a National Historic District in 1989. Today Redstone’s main street is lined with working artists’ studios, fine art galleries and antique shops.

The highlight was a room called King’s Row, with massive stalactites and stalagmites.

Back in Glenwood, we spent a fun-filled afternoon at Glenwood Caverns Adventure Park. Visitors enter the park via a 4,300-foot-long scenic tram ride. Even though it had been decades since I’d ridden – or had the desire to ride – thrill rides, I had no fear as we flew through the air on the Soaring Eagle Zip Ride. The Giant Canyon Swing, however, was another story. Swinging through the air at 50 mph, 1,300 feet above the Colorado River, had me screaming like a scared little girl. Once was enough for me, but the 20-something couple after us was back for a fifth time.

Glenwood Caverns has the first 4-D theater in Colorado, with moving seats, surround sound and special effects that make you feel like part of the movie. We tried “Snow Ride,” racing through snow-covered mountains with snow blowing in our faces.

Charles Darrow opened Glenwood Caverns to tourists in the 1890s. Thanks to contemporary scientific cave preservation methods, much of the cave looks the same as it did over a century ago, but it’s much easier to explore. Easy access, electric lights and well-maintained walkways made simple work of our 70-minute walking tour of the living cave. The highlight was a room called King’s Row, with massive stalactites and stalagmites.

Glenwood Springs is a bike-friendly community with an extensive network of trails. The Glenwood Canyon Path, a popular paved trail, runs for 16 miles along I-70. Rugged canyon walls rising high above the Colorado River make this section of highway one of the most picturesque in the Interstate Highway System.

As we were heading back to the RV park, we noticed some paragliders who had taken off from Red Mountain. We stopped to watch and snap a few pictures. I’d always enjoyed watching, but never considered doing it. I overheard one man say this was his first tandem flight and the highlight of his vacation. His companion, more experienced with two flights under his belt, said it was the most thrilling thing he had ever done.

I decided to find the owner of Adventure Paragliding, Pine Pienaar, and ask him a few questions for any thrill-seekers who read MotorHome. Pienaar told me the basics: $149 for a 15- to 25-minute tandem flight, no experience necessary. In a tandem flight, a certified professional pilot carries one passenger. Pienaar has completed more than 6,000 flights with a perfect safety record and his clients have ranged in age from 2 to 92. My just-the-facts interview was interrupted by a 68-year-old woman who decided to book her first tandem flight.

As I thanked Pienaar for his time he said, “You should try it. You can’t really write about it unless you do it.” Right, I thought, when I’m 92.

That night at the RV park, we built a campfire by the Colorado River. We reminisced about our experiences. We did

everything we intended to do and loved every minute of it. A train passed by on the other side of the river, drowning out our conversation. In that pause, I wondered what it would have been like to soar like a bird and see the valley far below me.

Maybe next time I’ll do it. It would be fun. Yes, next time. Definitely. Maybe.