Flight of The Condor 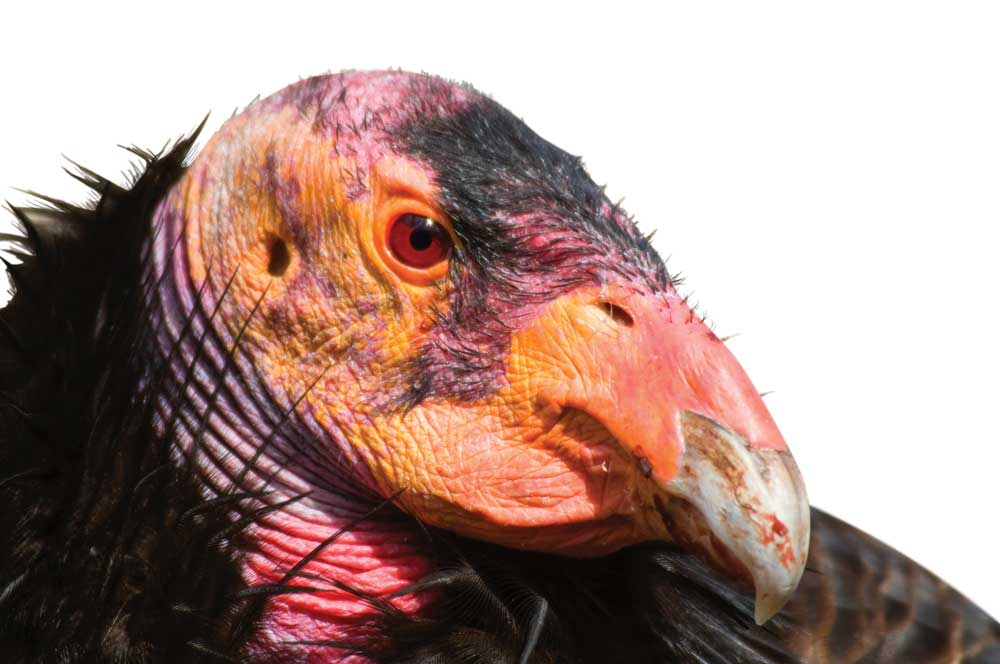 The range of the California condor fashions a favorable travel itinerary. Granted, they are mercurial hosts – not unlike rainbows – but when travel routes cross, the outcome is magical. The gigantic birds are both emblems of the past and symbols of survival. They are keepers of the planet and hopes for the future. The arguably ugly bird has risen to a modern-day romantic hero, attracting fanciers from across the United States and around the globe.

During a recent California trip, we were treated to the sight of three black spots gracing the sky over Pinnacles National Park. Because condors can soar up to 15,000 feet, even distant sightings are telling of the bird’s size. When next we met, it was at closer range on the Big Sur coast. Clearly, condors have great taste in travel destinations.

This California condor (Gymnogyps californianus) was photographed at the San Diego Zoo Safari Park in California.

Thanks to the success of the captive-breeding program, the California condor has returned to the open skies, sailing free, albeit radio-monitored. Both the Pinnacles National Park and Big Sur populations boast nesting pairs. The birds fly unrestricted between the two locations.

Our happenstance encounters brought us full circle. Our first-ever article assignment was on condor viewing in the wild in the 1980s at the Condor Watch Site in Southern California. But, before the article reached print, the remaining 22 condors were captured and sent to captive-breeding programs. In retrospect, the condor might not have been the best talisman for a budding career, but we were forever linked. Again finding ourselves together in the wild was a happy reunion.

Condors or no, these premier Central California locations treat with trails, camping, rocky heights and sights, flora and fauna, missions, history, redwoods and one of the world’s most remarkable meetings of land and sea. 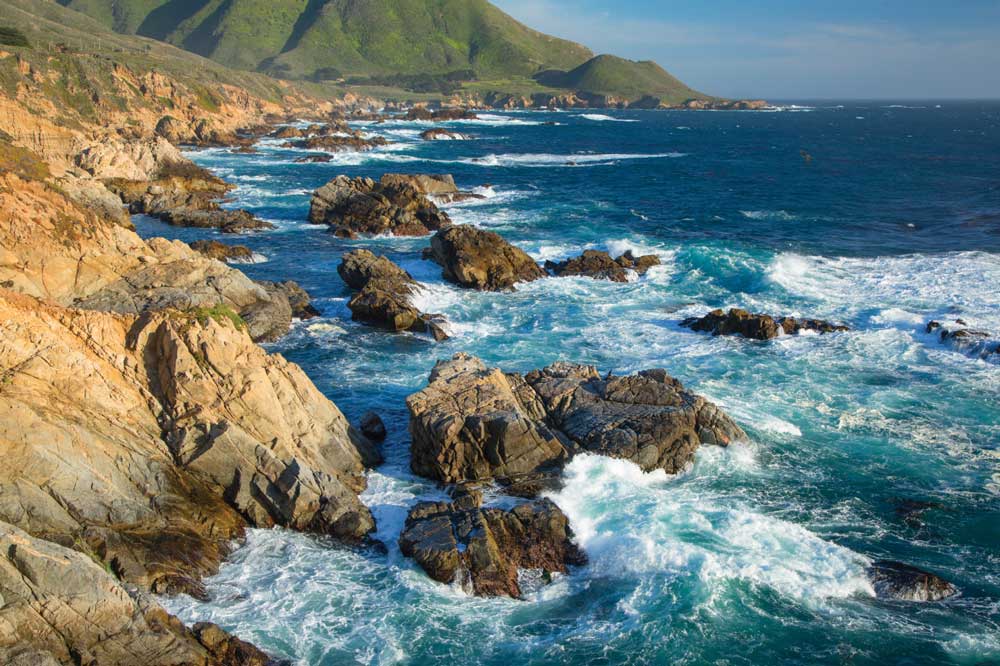 Protected since 1908, this ancient volcanic field only achieved national park status in 2013. Its namesake spire-and-monolith skyline divides the park into road-distant east-west halves. The eastern half sits southeast of Hollister off State Route 25; the western day-use site sits northeast of Soledad. Visitation is high, especially on weekends, holidays and in the spring.

Locals tell me that park interest skyrocketed with the status upgrade and condors’ arrival. Binoculars, spotting scopes, birders’ guides and phone apps serve serious and casual seekers. A common conversation starter on trail or in camp is “Have you seen the condors?”

While waiting for the celebrities, 160 other feathered species may draw note. Miles of trail unfurl the park’s character, beauty and vistas. Some stretch flat, many climb. 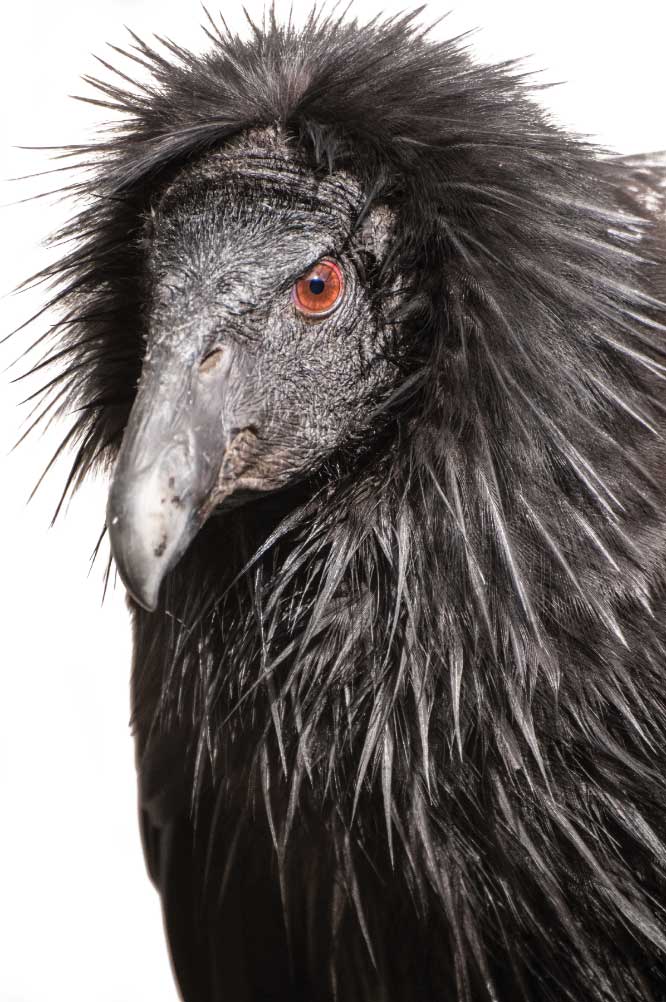 Overnighters should point their rigs here and plan on reserving sites. Most RV sites have electric hookups, with water in camp. When temperatures climb, a seasonal swimming pool, coin-operated showers and the shade of the visitor center porch bring relief. During peak-season weekends and holidays, a free shuttle runs between the East Pinnacles Visitor Center and Bear Gulch, which has limited parking (cars only).

Although a strenuous climb to High Peaks offers the best chance for condor sightings, the birds can be seen from camp. Campers point binoculars at the ridges, with the south ridge generally a good bet. Vultures roost nightly in nearby gray pines.

Condor Gulch Overlook seemed a logical hike destination. For a 1-mile ascent, we attained a fine overlook of the oak-rock canyon and ridge skyline. Large lizards with muscular tails and leopard spots lowered glances. Hikers who mustered on toward High Peaks met up with a biologist and two radio-tracked condors – not an altogether uncommon occurrence.
Tracing Old Pinnacles Trail up a canyon bottom toward Balconies Cave (beyond our late-afternoon intent), we admired quail, butterflies and a king snake. We walked out with a researcher, ending his day, tracking wand in hand. He pointed out three tiny circling birds, more than a mile high. “Condors,” he said. 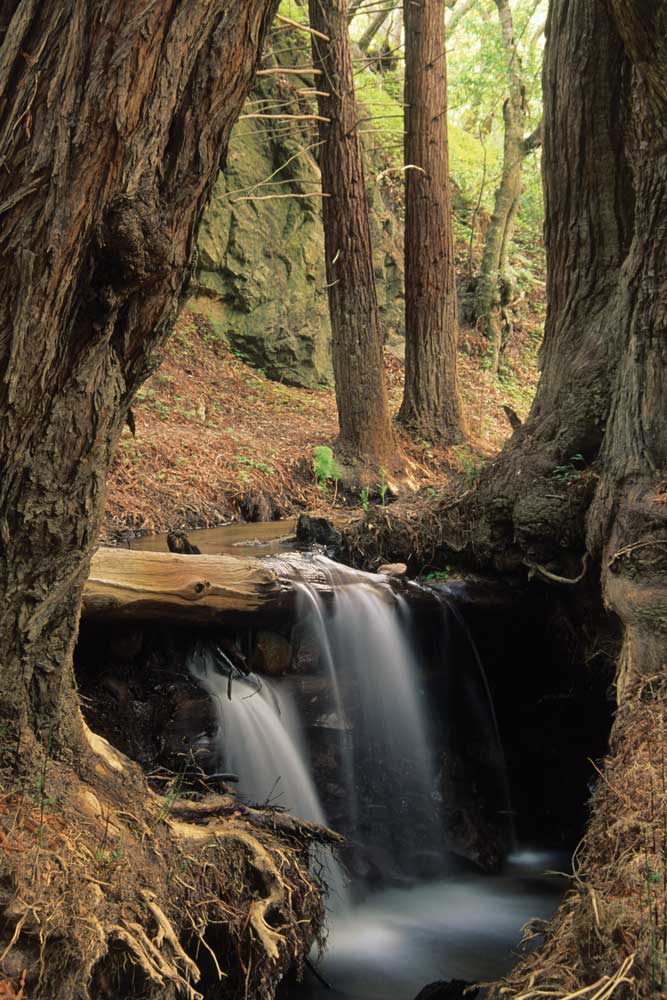 A waterfall among the coastal redwoods along Sobaranes Canyon Trail in Garrapata State Park.

An electronic gate controls access, opening at 7:30 a.m. Visitor station hours depend on staffing. Because the access road is single-lane and winding (15-foot-length maximum), plan to arrive by dinghy vehicle.

McWay Canyon—Julia Pfeiffer Burns State Park called us aside with its stunning 80-foot seaward waterfall, rugged sculptural shoreline and steep redwood canyons and, as it happened, condors. For us, Partington Cove and Tan Bark Trailhead hosted the meeting. Condor watch sources recommend the flagpole area. For RV parking, use turnouts alongside Highway 1. 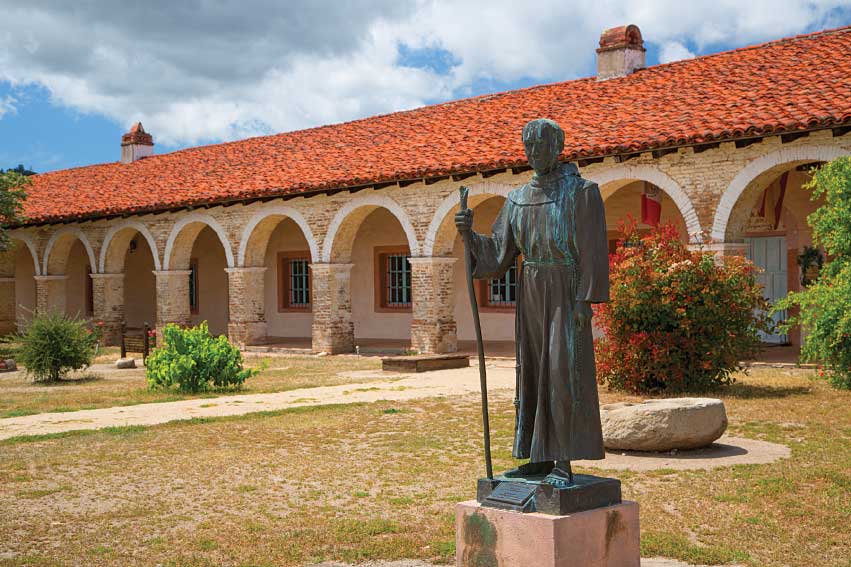 This statue of Padre Junipero Serra, one of the mission’s founders, stands in front of Mission San Antonio de Padua, at Fort Hunter Liggett Military Reservation in Monterey County.

After exploring the redwood canyons of McWay and Partington creeks, we descended the old service road to rocky Partington Cove. It extended a wonderful window to the sea and a wild collision of wave and rock. Stacked hoodoos populated its shore.

On the return hike, six vultures circled overhead, followed by a single condor. The latter returned, circling low, revealing a bright orange head, white underwing triangles, fanned tail and level flight. The vultures served as ready comparisons. While in high-five mode, three more condors glided over us, apparently unfazed by squeals and wild pointing.
Back at the turnout, a juvenile condor with a blackish head landed above Highway 1. Then two adults claimed ledges where Partington Creek meets the highway, winning our spotting scope’s focus for the next hour. The scope, in turn, attracted an entourage of the curious. A businessman motoring up the coast hurried to a stop and ran, suit and tie, down the highway, yelling, “Are they condors? Really? Great!”

For camping, Pfeiffer Big Sur State Park (Milepost 47) on the Big Sur River served our needs (RVs up to 32 feet). Private campgrounds expanded opportunity. Reserve early.
When condors are absent, consider the Ventana Wildlife Society (VWS) condor cams (www.ventanaws.org/condor_cam). For serious seekers, the Society offers two-hour condor tours on the Big Sur coast for a fee and preregistration. Their use of radio telemetry improves the odds. 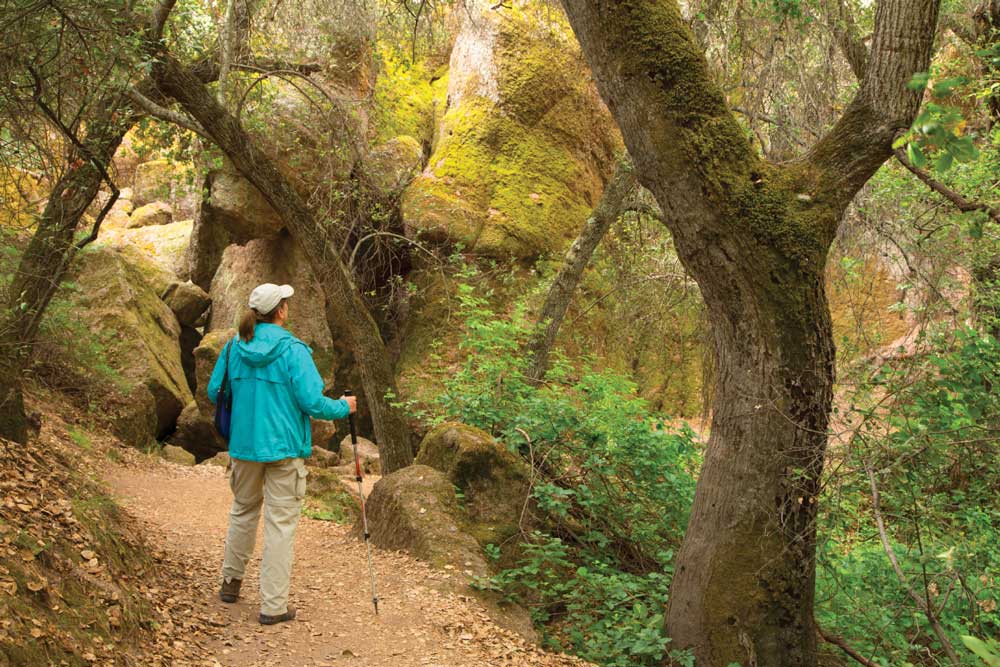 The challenging hike to High Peaks at Pinnacles NP results in a good chance for condor sightings.

– To reach the prime condor-watching locations, take U.S. Highway 101 to Route 68 at Salinas to Highway 1. From Carmel, the stretch of Highway 1 through Big Sur is open, but once you reach Gorda, approximately 60 miles south, you’ll have to turn around.

– For the latest information, call the Caltrans Highway Information Network (800-427-7623) or visit www.dot.ca.gov/cgi-bin/roads.cgi 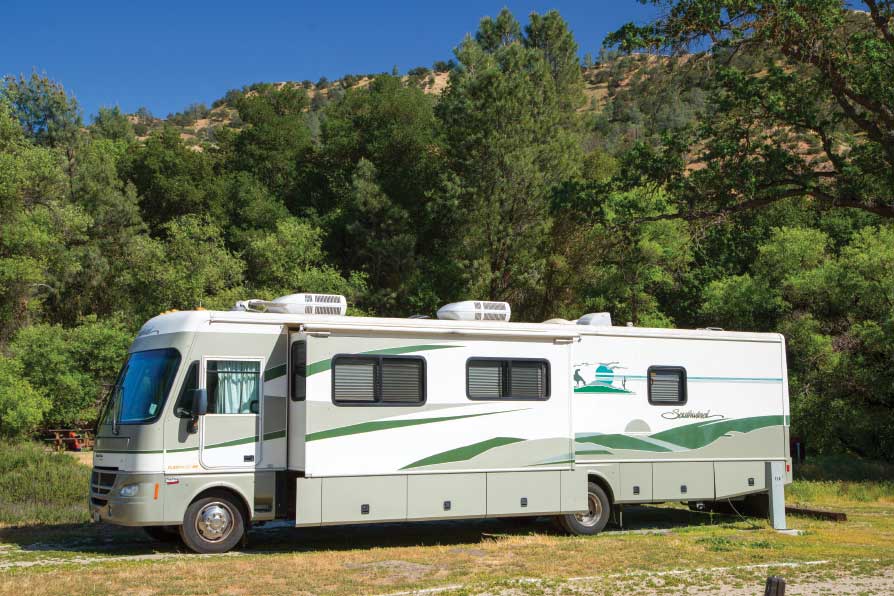 Many campgrounds in the eastern section of Pinnacles National Park offer electric hookups.