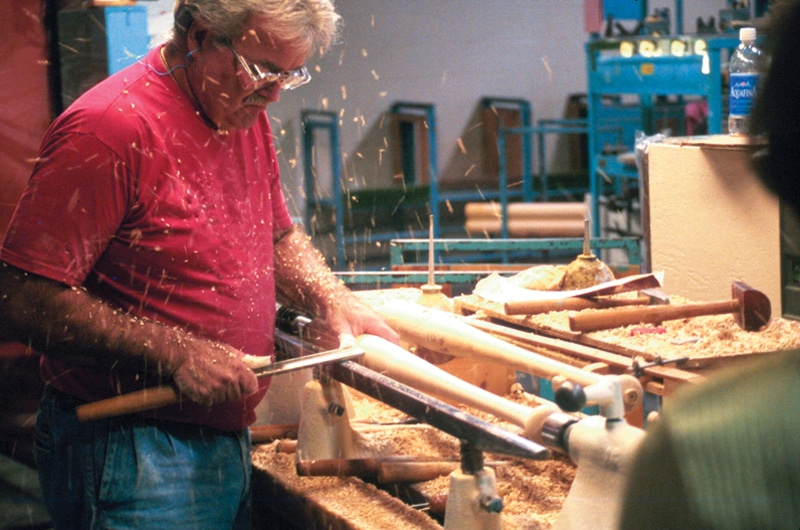 South of downtown Louisville, the Kentucky Exposition Center is the epicenter for the Good Sam Rally taking place June 21-24 that will draw thousands of RVers. Attending the Rally will give you the perfect opportunity to make yourself comfortable, stay a while and explore the area. A relatively undiscovered dot on the national map, Louisville is a cosmopolitan city on the rise with colonial-era history, exceptional architecture and cultural attractions surrounded by an incredibly beautiful landscape that’s within a quick drive of this city of nearly 1 million residents.

Before you arrive, it’s best to have some information about your destination. Kentucky’s largest city, Louisville, is home to more than 2,500 restaurants that feed a $200 million local tourism industry. It houses the largest collection of Victorian homes in the United States and the third largest historically preserved district in Old Louisville. Its skyline is situated along an 85-acre Waterfront Park that provides an alluring backdrop to the adventure easily accessible within this vibrant city’s metropolitan area.

Looking for a quick and easy way to soak up the area’s flavor? Several big-name tours offer convenient ways to visit the highlights of the area. If any flavor captures the spirit of Louisville, it’s bourbon, Kentucky’s own consummate spirit.

Visit www.bourboncountry.com to create a personalized bourbon tour to experience great drinks, bourbon-marinated food and entertainment throughout the city. Prove your knowledge by getting a Bourbon Country passport and collecting stamps for all the places you visit along the Urban Bourbon Trail — area restaurants and pubs that specialize in the smoky liquor.

The Louisville Slugger Museum & Factory is the birthplace of the official bat of Major League Baseball.

Ask any 10-year-old boy about Louisville, and he may give you a recommendation to visit the Louisville Slugger Museum & Factory where they build the official bat of Major League Baseball. This is your place to see one-of-a-kind baseball history, learn how they build bats, test out bats used in major league games, order your own personalized bat and stroll the mile-long Louisville Slugger Walk of Fame that honors many of the game’s greatest players.

Less than 10 minutes west of the Exposition Center, the Churchill Downs racetrack hosts the annual Kentucky Derby, along with a series of other races and music festivals throughout the year. It’s a National Historic Landmark, with historic walking tours free with admission to the Kentucky Derby Museum ($14 for adults, $13 for 55+, $6 for kids 5-12, free for kids under 5).

Throughout the 30-minute guided walking tour visitors will learn about past Derby winners and track trivia, meet the track’s resident thoroughbred horse and experience the location’s history. The museum attracts more than 200,000 visitors, and recently benefited from a $5.5 million renovation after a flood damaged the main floor exhibits in 2009.

Stepping into the modern, leading edge of art, Louisville’s 21c Museum Hotel is the country’s first museum dedicated exclusively to contemporary art of the 21st century. The museum is located in the heart of downtown and within walking distance of the Louisville Slugger Museum, Frazier History Museum, Muhammad Ali Center and the Louisville Science Center — all part of Louisville’s acclaimed Museum Row.

For the full experience, the 21c Museum Hotel combines Southern hospitality and luxury with some of the best American contemporary art on display. This 90-room boutique hotel that opened in 2006 is housed within 19th century tobacco and bourbon warehouse buildings that form the museum and hotel complex. It was voted one of the country’s top hotels by the Condé Nast Traveler Readers’ Choice Awards. The hotel’s lobby gallery is open to non-guests, and the men’s restroom is a must-see.

Don’t go to bed too early when you’re in town or you’ll miss the other side of life in Louisville. And there’s no place to experience the nightlife like Fourth Street Live! It’s Louisville’s premier dining, entertainment and retail destination. Located in the historic downtown district on Fourth Street between Liberty Street and Muhammad Ali Boulevard, this row of venues includes Hard Rock Café, The Improv Comedy Club, TGIFridays, Tengo Sed Cantina, Angel’s RockBar, Sully’s, J. Gumbos and the world’s first Maker’s Mark Bourbon House & Lounge. Live music is featured at Howl at the Moon.

Sited along the beautiful Ohio River, Louisville’s downtown is unique for its stunning evening reflections and 85-acre Waterfront Park. It’s considered the front door to Kentucky from its northern neighbor, Indiana. Three building phases, and an estimated $95 million, has made this park a city treasure that continues to evolve.

Aside from the spectacular view, the park hosts an ongoing roster of concerts and festivals and it’s the perfect spot for some quiet reflection, a lovely stroll or a picnic in one of the country’s finest urban parks.

The 85-acre Waterfront Park is a recreation area with a playground, water feature, walking trails, bike rentals and a 12-acre great lawn that slopes down to the Ohio River.

For an escape from the city, the rolling hills and lush trees of the Jefferson Memorial Forest are a quick 30-minute drive south of downtown Louisville. The 6,191-acre park is a living memorial to the state’s wartime veterans. It’s a National Audubon Society wildlife refuge and the nation’s largest urban forest, but is still expanding.

Popular activities include hiking its 35 miles of trails — ranging from paved to rugged – fishing, bird watching, picnicking and camping. Along the way, keep your eyes peeled for 10 species of towering oak trees, abundant wildflowers and animals including fox, deer, great blue herons and owls.

Back in town and just across the Ohio River in Indiana, the Falls of the Ohio State Park — a swift 10 minutes from downtown — is part of a National Wildlife Conservation Area and includes an interpretive center where visitors can learn about the nearby Devonian fossil beds from the Paleozoic Era. Finds include ancient shells, so-called Indian Bead fossils, corals and various snails. The history of previous human inhabitants is also on display in this park.

Whether you are at the Good Sam Rally, touring town or exploring the surrounding countryside, you will find it very easy to keep busy during your visit  to Louisville.