I have a 2007 GMC Duramax diesel 2500HD. Lately, the Check Engine light comes on and off periodically. A visit to the local GMC dealer indicated a code P003A. The diesel mechanic was satisfied that the turbo is working properly and felt that the problem is the sensor. He cannot say that replacing the sensor will correct the Check Engine light situation. It may be necessary to replace the turbo at a cost of $2,500. The sensor is approximately $1,000. Should I go with the sensor, or, as the mechanic has suggested, drive the truck until it loses power or black smoke comes out of the exhaust? I would like another opinion before making my decision.
David Hutchings

David, it sounds like the GM technician’s advice is spot-on. The P003A diagnostic trouble code (DTC) on the 6.6-liter LBZ Duramax (2006-2007.5) is usually sent when the unison ring inside the turbo is sticking, not allowing the vanes to be moved as directed by the engine computer. This could be caused by a bad variable-geometry turbocharger (VGT) position sensor or the turbo vanes sticking because they are gummed up with soot and/or carbon.

A good diesel technician will use a Tech 2 scan tool to monitor what the engine computer is requesting and where the turbo vanes are in relation to those prompts. If the tests show it’s a bad sensor, it’s easily replaced.

The tech will also attempt what is called a “VGT Learn.” If the sensor doesn’t recalibrate, or “learn,” then the problem lies with the unison ring, which moves the turbo vanes all at the same time (in unison). There are two cures: Pull out the turbo and split it to clean the unison ring and turbo vanes, or pull the turbo and replace it. The drop-in Garrett GT3794VA PowerMax Stage 1 turbo is a good replacement.

Cleaning the turbo thoroughly takes about an hour but just prolongs the inevitable replacement 20,000, 30,000 or 40,000 miles down the road. Shop labor to replace the turbo is usually eight to 10 hours. If you figure you’ll be paying the same labor costs again to have it replaced, I recommend dropping in a new one (not rebuilt) instead of cleaning the original one — and $2,500 is typical of what most diesel shops would charge. 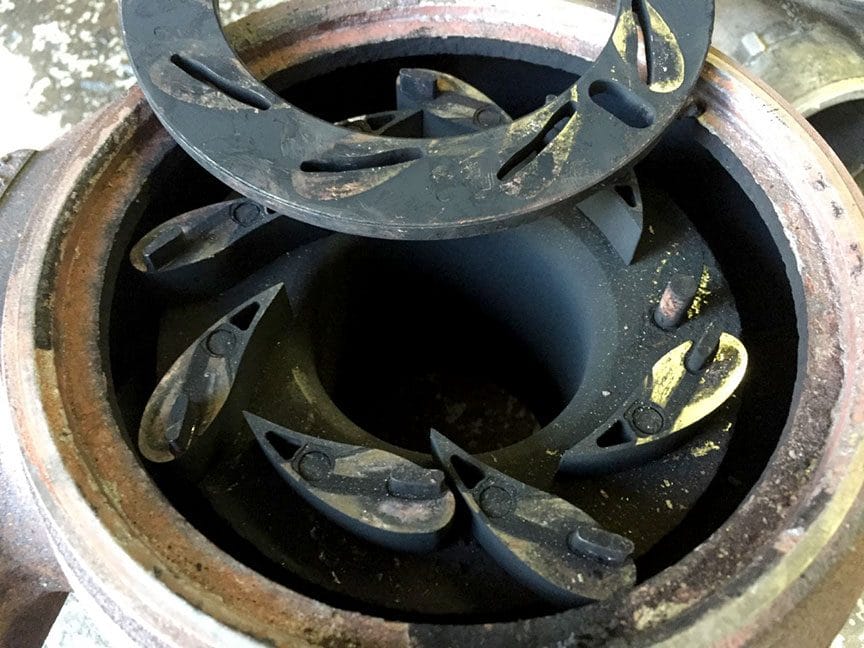 Over time all variable-geometry turbos (VGT) become loaded up with carbon and soot, causing the unison ring that moves the vanes to stick or freeze up altogether. This will set a P003A and P2563 diagnostic trouble code (DTC). If the code points to the turbo vanes not working properly, the cure is removing the turbo and cleaning the unison ring and vanes — or dropping in a new turbo. If it’s just a bad turbo vane position sensor, that can be easily replaced.