MAY 2019
Fuel Mileage and Engine Cooling

I own a 2006 Chevy 2500HD 2WD extended cab with 130,000 miles on it. I can’t seem to get more than 11.5 to 12 mpg, whether I am towing or not, on hills or flat land. Any suggestions? My other concern is that I can’t keep the truck cool when towing long grades like Oregon’s Siskiyou Pass. I have replaced the radiator and change the transmission fluid every 25,000 miles. I have had the gauges checked for accuracy. The truck is stock. I pull a 33-foot Dutchmen Grand Junction fifth-wheel trailer.
Doyle France

Doyle, your towing mileage falls right in line with most LB7 Duramaxes, which typically get from 10.5 to 13 mpg when loaded. But the unladen mileage is not normal. Your 6.6-liter diesel should be getting between 15 and 18 mpg cruising empty, from what we have seen during our test drives. Poor fuel economy can be the result of many factors, either separately or combined. 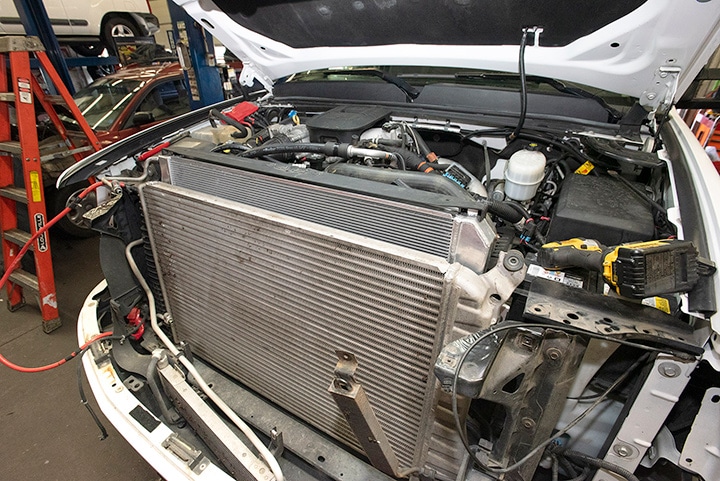 Dirt, leaves and other debris can lodge in the coolers behind the grille, reducing their effectiveness and resulting in high coolant and engine oil temps when towing.

When was the last time the mass airflow sensor (MAF) was pulled out and cleaned with a dedicated MAF cleaner? The MAF tells the engine control module (ECM) how much air the engine is getting, then the ECM uses that data to regulate the fuel flow going through the injectors to achieve proper combustion. If the MAF is sending the wrong information, fuel economy (and power) take a hit.

Have you had the injector flow rates checked to make sure they are working properly? A good diesel tech can check them on a scan tool. If they are within +/- 4 in Park and +/-6 on the road, they are good. I believe GM specs say anything greater than 5 at idle indicates it’s time for new injectors. If the range is greater than that, you may need to have more fuel-system diagnostics done.

Of course, changing the fuel filter every 5,000 miles and checking and cleaning the air filter are normal maintenance items that contribute to fuel economy. One last item you may want to check is the brakes. “Dragging” brakes can hit mpg hard, and you may not even notice they are not adjusted or working correctly.

Regarding your second concern, I’m not sure what temperatures you are seeing and what you consider “cool.” If you are using the factory gauge as your guide, don’t. It doesn’t show actual engine temperature. The way to see actual coolant temperatures is the digital readouts you get from an aftermarket monitor, such the Banks Power iDash or Edge Insight. Diesels run hot when they are being worked hard, with coolant temps being around 215 to 225 degrees. By then, the engine’s clutch fan should have kicked on, which is obvious in the GMs because of the noise.

When using an aftermarket monitor, compare engine oil temperature (EOT) against engine coolant temperature (ECT). That difference, called the delta, will tell you a lot about how good your cooling system is functioning. If the delta after the engine is up to operating temp is more than 15 degrees, with the EOT being the hotter of the two, you should have the cooling system flushed and engine oil cooler replaced. An engine oil cooler that’s not doing its job leads to overheating the EGR cooler because coolant flows through the oil cooler first.

A good preventive-maintenance regimen all RVers who tow trailers with diesels should follow is having the coolant flushed and replaced every 60,000 miles or three years. Coolant breaks down from age and heat, creating sludge along with acids that can create metal flakes in the coolant. Sludge and debris plug water passages so the system is operating at maximum capacity. Keep the coolant/antifreeze mix at 50-50 and always use distilled water. The minerals in tap water create their own list of coolant-clogging issues.

When was the last time you had the two thermostats changed and the radiator “stack” cleaned? Dirt and leaves can restrict airflow through the A/C condenser, intercooler and radiator, causing higher coolant temps. 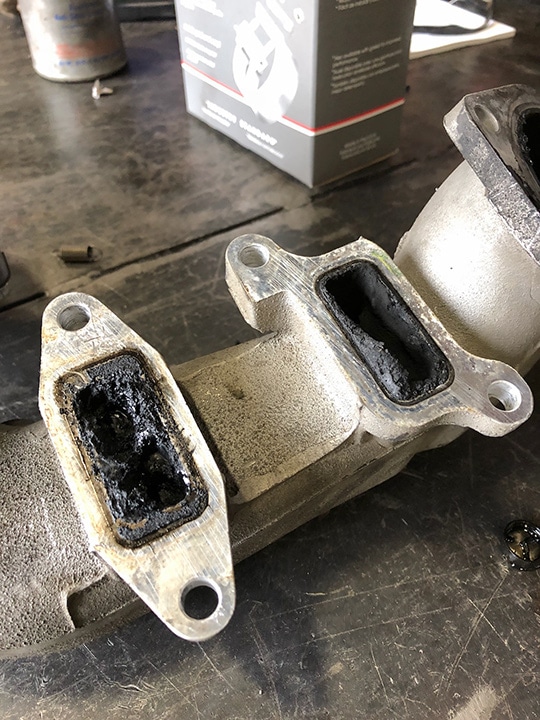 When pulling grades, always monitor the exhaust gas temperature (EGT). When EGT hits 1,300 degrees, lighten up on the throttle or shift down a gear to bring the EGT down to 1,200 or less. Otherwise, you’re going to crack or melt pistons if the EGT is allowed to stay above 1,300 to 1,400 degrees for an extended period of time.

Do you run the transmission in Tow/Haul mode, and do you drop down a gear (or two) when pulling the grades — or are you lugging the engine? Lugging a diesel when towing really builds up heat. Shifting down and raising engine rpm — say, running between 2,100 and 2,400 rpm — will typically lower engine coolant temps when towing.

As you can see, there are a lot of reasons for having trouble keeping a Duramax running cool.