I have a 2013 Chevy 2500HD. I’ve heard of people removing the diesel exhaust fluid (DEF) system to get better performance. This seems like a complicated process. I’m assuming this would involve a new CPU chip. What if I needed to take the truck to the dealer for service? Would they still service it? The truck has 65,000 miles on it, but I would wait until the warranty ended before I did this.
Warren Maziol, Lockport, New York

I have a 2012 GMC 3500 Duramax. I am being told to have it “deleted” by most everyone. What is your opinion? Advantages and disadvantages?
Richard J. Downing, Ahsahka, Idaho

Great questions, and ones just about every RVer has asked at one time or another if their diesel pickup is equipped with a pollution-control system that requires the use of diesel exhaust fluid (DEF).

A typical Duramax EGR cooler that has become plugged as a direct result of the pollution-control system doing its job. This one was removed and replaced with a new one. The engine in this trailer-toting Crew Cab had less than 60,000 miles on it.

Removing the DEF components is just one step in what those in the performance-diesel circles call doing a “delete.” Emissions-related components on diesels are there to reduce the amount of harmful nitrogen oxides (NOx) and exhaust particulates released into the air. Diesel exhaust is dirty, and at some point the oily soot and carbon buildup from the exhaust recirculating through the engine will clog up the EGR valve, EGR sensors, EGR cooler and diesel particulate filter (DPF), and gum up turbo vanes. Performance and fuel economy fall off as these components plug up, and the frequency of your Duramax’s “regens” will increase in frequency trying to keep the DPF clean.

When that time comes, the emissions-related parts have to be cleaned or replaced. Some diesel owners opt for deleting all the “offending” pollution-control components instead of cleaning or replacing them. The entire EGR delete process takes a savvy diesel tech about a day to complete, including taking out the DEF system, removing the catalytic converter and DPF, and installing a new exhaust.

When an EGR “delete” is done, a software “tune” has to be uploaded into the engine-control computer so trouble codes related to missing components aren’t tripped. Such performance software also makes changes to fuel, timing and other engine and drivetrain parameters for improved power.

Doing a delete of this type also requires reprogramming the engine-control unit (ECU) with a “tune” or “tuner” that replaces the OEM software with new programming that controls fuel delivery and engine timing. The tune/tuner also works around the onboard diagnostic system (OBD), which continuously monitors the engine operation parameters, making it think all is well so no emissions-related codes are thrown because of the missing components.

When all is done, the soot-clogging issues caused by exhaust gases recirculating back through the engine are alleviated. Depending on the tune/tuner, the result is slightly quicker turbo spool-up and throttle response, and an increase in horsepower/torque. How much power is gained is totally dependent on the tune and the engine hardware. Fuel economy may improve by 2 to 3 mpg, but, again, that depends on the aftermarket-software programming. Remember, it takes fuel to make power in a diesel. A heavy foot to achieve more power means using more fuel, thus less mpg.

Now to the elephant in the room — the legality of deletes. It’s simple: They aren’t. Removing or tampering with anything related to pollution-control components is a direct violation of the federal Clean Air Act (CAA). If you, or the shop doing the work, is caught and prosecuted, the EPA can assess a fine of up to $4,527 for each “tampering event or defeat device,” in accordance with Section 205(a) of the CAA, 42 U.S.C. § 7524(a), and 40 CFR Part 19.

Tampering with or removing pollution-control components also voids the engine warranty, according to GM, Ford, Ram and Nissan warranty policies. Then there’s the resale and trade-in aspects to consider. The resale of a diesel pickup that has had the engine modified isn’t specifically addressed under the federal law. However, state or local laws may require vehicles to be “smog legal” for them to be licensed or registered.

Restoring a diesel pickup’s pollution-control components back to OEM can cost $4,000 if all the parts have to be replaced and reinstalled. The DPF, alone, can cost upward of $2,000 for your truck. Will a dealer service a truck that’s been modified in this way? Sure. Servicing a diesel that’s been “deleted” is the same as servicing any other diesel — you just don’t have to deal with EGR-related problems. 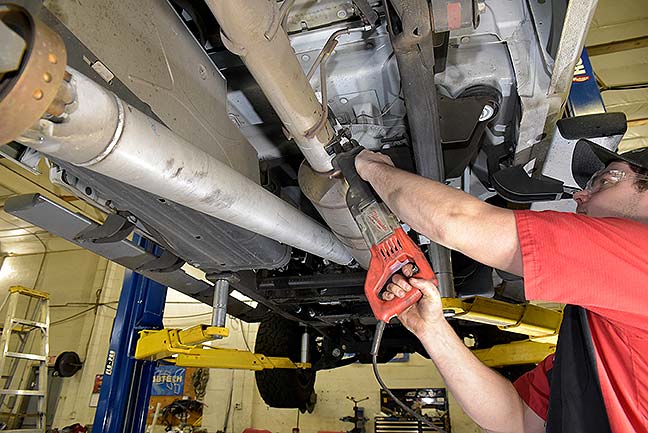 The catalytic converter and diesel particulate filter (DPF) are removed when an EGR delete is done, eliminating the necessity for diesel exhaust fluid (DEF). Replacing a DPF on a Duramax can cost more than $2,000, so it pays to keep the original parts in case the pollution-control system has to be reinstalled. 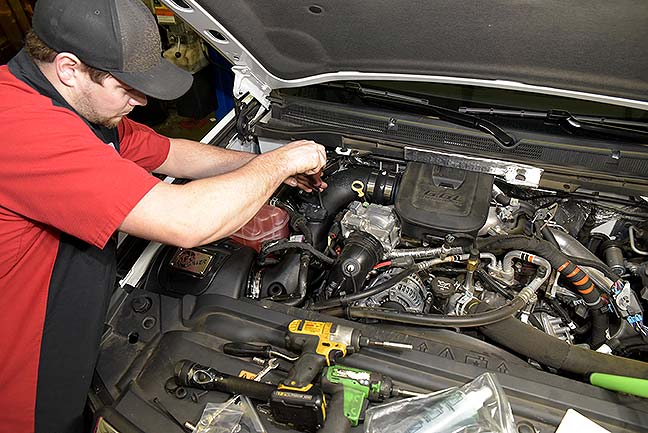 It’s fine to remove and replace defective pollution-control devices, but completely removing or altering anything related to pollution-control components is a direct violation of the federal Clean Air Act (CAA).