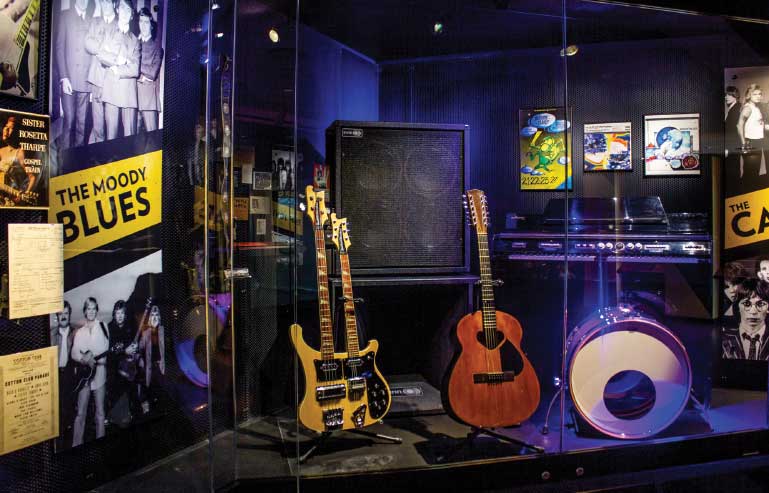 Finding fun along the shores of Lake Erie in Ohio

As the years whiz by, I find myself reflecting on earlier times in my life, when The Beatles were the hottest band and the view from the top of a Ferris wheel was thrill enough for me. For my birthday, my husband, Jim, indulged me with a trip to Cleveland, Ohio, to visit the Rock & Roll Hall of Fame and Cedar Point, an amusement park in nearby Sandusky.

We checked into Bayshore KOA in Sandusky for the first two days. It was a beautiful weekend, with temperatures soaring into the lower 90s. The park was filled with happy families enjoying kid-friendly activities and cooling off in the pool.

When we decided to include Cedar Point amusement park in our travel plans, I knew it was billed as the “Roller Coaster Capital of the World.” I was determined to ride a few, even though it had been decades since my last amusement park visit. Upon our arrival, we rode the Sky Ride gondola through the Main Midway, then explored the rest of the park on foot, scoping out the options. The Top Thrill Dragster reaches 120 mph and climbs 420 feet in 30 seconds. Steel Vengeance is “the world’s first steel-on-wood hybrid roller coaster to stand over 200 feet tall.” It lasts 2½ minutes and has four inversions. We picked Corkscrew for our first ride because it wasn’t as high as some of the others, it only had three inversions and kids were allowed (at least 48 inches tall). Even though I screamed like a 7-year-old girl, I loved almost every second of the ride. Woo hoo!

On Sunday morning, we caught the 9:30 Jet Express ferry service to Kelleys Island, the largest of Ohio’s Lake Erie Islands. We brought our mountain bikes on the ferry so we could tour the island. As we were leaving the downtown area, I laughed at a sign that stated, “Old dog, Young dog, Several stupid dogs, Please drive slowly.” Since rented golf carts and bicycles seemed to outnumber the cars, the speed in this neighborhood was fairly slow anyway. The dogs were safe.

The Destination Cleveland app offers a personalized guide of Cleveland’s must-see attractions, restaurants and events. Highlights include things to do, trip planning, location-based alerts and insider tips and information. Available for download at the App Store or on Google Play.

We rode our bikes to Kelleys Island State Park, with a beautiful sandy beach, then explored the North Shore Alvar State Preserve. Alvar is the term (derived from a Swedish word) for the unique limestone shelves on the shore. They are rare, occurring only in the Great Lakes, the Baltic region and some islands near Sweden. Of the 120 alvar sites across the Great Lakes, this one is the “best-preserved intact habitat in Ohio.” It’s home to various wildflowers, lichen, a few stunted trees and the endangered Lake Erie water snake.

Nearby, we found the North Shore Loop Trail, an easy, 1-mile, blissfully shaded single-track hiking and biking trail on the north end of the island. Glacial Grooves, a National Natural Landmark, is near the trail. The unusual limestone grooves, which are 400 feet long, 35 feet wide and up to 15 feet deep, were formed by glacial activity 18,000 years ago.

The next morning we moved our motorhome closer to Cleveland. We stopped at Valley of Eagles Golf Course in Elyria to play 18 holes. We were able to park the motorhome just off the main parking lot on some gravel. There was plenty of space for us since we were the only motorhome there. We hit some balls in their indoor simulator, then tried our hands at Chippo, a fun way to practice chipping. It’s described as “the glorious lovechild of golf and cornhole.” The beautiful course is challenging, the fairways lined with picturesque waterways and mature forests. If you find any pretty pink balls in the Black River, they might be mine.

We checked into the American Wilderness Campground in Grafton for the next four nights. It’s a Good Sam Park and the closest campground to Cleveland, only 35 minutes from downtown. We arrived mid-week when it’s relatively quiet, but on weekends it’s a popular destination for weddings, company picnics and family reunions.

Three days isn’t enough time to explore all that Cleveland has to offer, so we made the best of our time. We started at the Cleveland Museum of Art, one of the most comprehensive art museums in the U.S. with more than 45,000 pieces in its collection. The museum’s ArtLens app is handy for identifying artwork in the galleries and getting additional interpretive content. While we were delighted to see paintings by Monet, Van Gogh, Picasso and Warhol, the museum is so much more than art on the walls.

My favorite gallery in the museum was the Armor Court that featured field armor for a man and his horse from about 1575 in northern Italy, and several other suits of armor, swords and helmets. Other items that enthralled us for the entire afternoon included Egyptian coffins from around 900 B.C.; a bronze hollow-cast sculpture, most likely of Roman emperor Marcus Aurelius, circa A.D. 180; and carpet designed for Louis XV’s dining room in 1735.

Prior to dinner, we walked through downtown Cleveland. Children were playing in the fountain at Public Square. If we hadn’t had dinner reservations, I would have been tempted to kick off my shoes and run through the fountain with them. En route to the restaurant, we admired some of the city’s landmarks. The nearby Soldiers’ and Sailors’ Monument is a tribute to men from Cuyahoga County who fought in the Civil War. The Arcade is a historic landmark that houses a variety of shops and restaurants, plus the Hyatt Regency Hotel.

We eventually made our way to Mabel’s BBQ, where we shared delicious pork ribs, brisket and kielbasa. Chef Michael Symon (from television shows such as “Iron Chef America” and “The Chew”) uses a locally made brown mustard in the barbecue sauce, creating Cleveland-style barbecue.

Cuyahoga Valley National Park, a refuge of nearly 33,000 acres, is less than an hour south of Cleveland. We stopped at one of the most popular attractions in the park, Brandywine Falls, then headed to the Village of Peninsula, which sits in the middle of the park. From there, we rode our bikes on the Ohio & Erie Canal Towpath Trail. The 85-mile trail extends north of the park to Cleveland and south to Bolivar. The canal, built between 1825 and 1832, provided transportation between Cleveland and Portsmouth. At Century Cycles, I replaced my worn-out biking gloves and learned more about the Towpath Trail. Century Cycles also rents bicycles for adults and children.

Another way to see the park is via the Cuyahoga Valley Scenic Railroad. The round-trip scenic excursion takes about 3½ hours. Bikers can load their bicycles at any of nine boarding stations, then ride their bikes back on the Towpath Trail. There are several other fun ways to experience the train, including tasting wine or beer paired with appetizers; solving murder mysteries; painting masterpieces while sipping wine; and enjoying four-course meals.

Do you remember “A Christmas Story,” the 1983 holiday classic? The festive feature that made leg lamps famous was filmed on a soundstage in Toronto, but the exterior shots were filmed at a house in Cleveland. In 2004, the house was a month away from being torn down. It was listed on eBay for $99,900, when similar homes in the neighborhood were going for less than half of that. Brian Jones made an offer of $150,000, which was immediately accepted. He spent another $240,000 getting the house into shape. Within three months after the Christmas House Museum was opened in 2006, the debt was paid off. The complex now includes two other buildings housing a museum and gift shop. Our tour guide told us interesting stories about the movie. One of our favorites: The crate that delivered the famous leg lamp was too wide to fit through the door of the house. The box was cut to size, which changed the wording. In the movie, scenes with “THIS END UP” on the box were filmed on the sound stage; those with “HIS END UP” were filmed in the actual house.

Whenever I see the words “Oyster Bar” in a restaurant name, I want to eat there. Alley Cat Oyster Bar (www.alleycatoysterbar.com), which sits on the waterfront of the Cuyahoga River, offers a wide variety of seafood as well as meat entrées. A sense of contentment settled over us as we munched on fresh oysters, clams, and scallops while watching stand-up paddleboarders slide past us under a setting sun.

Finally, it was my birthday and time to visit the Rock & Roll Hall of Fame. The tour bus, “J.C. Unit One,” that Johnny Cash bought in 1979 and had customized was parked in front of the pyramid-shaped museum. In the Legends of Rock exhibit we saw videos, guitars, album covers, handwritten lyrics and clothing from some of my favorites: The Beatles, the Rolling Stones, Blondie and Heart. In the theater that played clips of Dick Clark’s American Bandstand, memories triggered by song snippets transported me back in time to my high school prom, the big-hair days of the 1980s, and various parties, concerts and vacations. In 1986, the first performers were inducted into the Hall of Fame. Artists are eligible 25 years after the release of their first record. The first inductees included Elvis Presley, Chuck Berry and Ray Charles, among others. The Hall of Fame, with signatures honoring each inductee by year, contains many of the names you might expect to see. At the “Voice Your Choice” exhibit fans get to vote on who they’d like to see nominated.

For a special birthday treat, we dined at DANTE, an upscale restaurant in a former bank building. We had a private table in the Vault and shared some appetizers (charcuterie and duck confit) along with an entrée of short ribs. It was a fitting end to our amazing week in the region.

Thank you, Cleveland, for providing so many opportunities to experience blasts from the past, and to thoroughly enjoy each moment in the present. 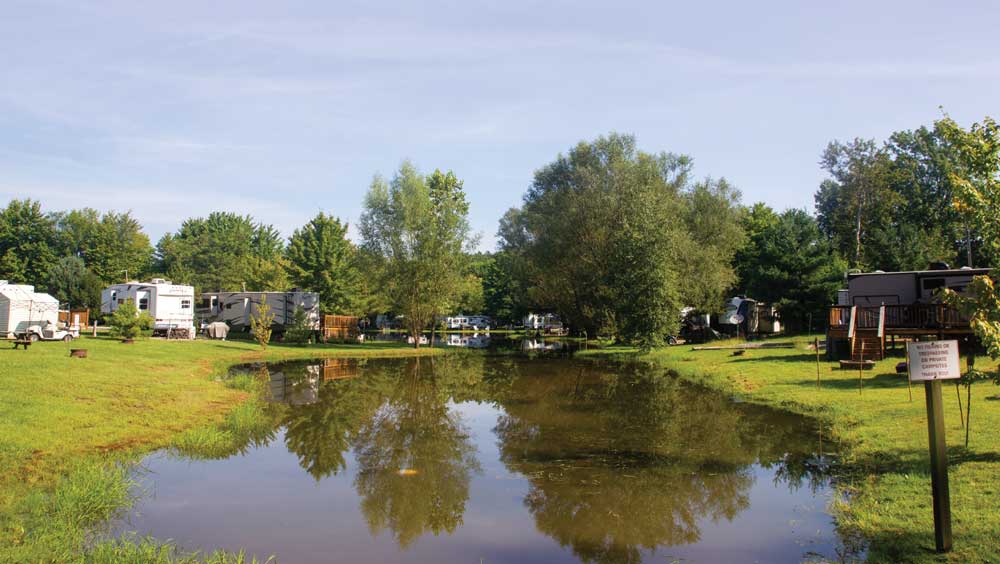