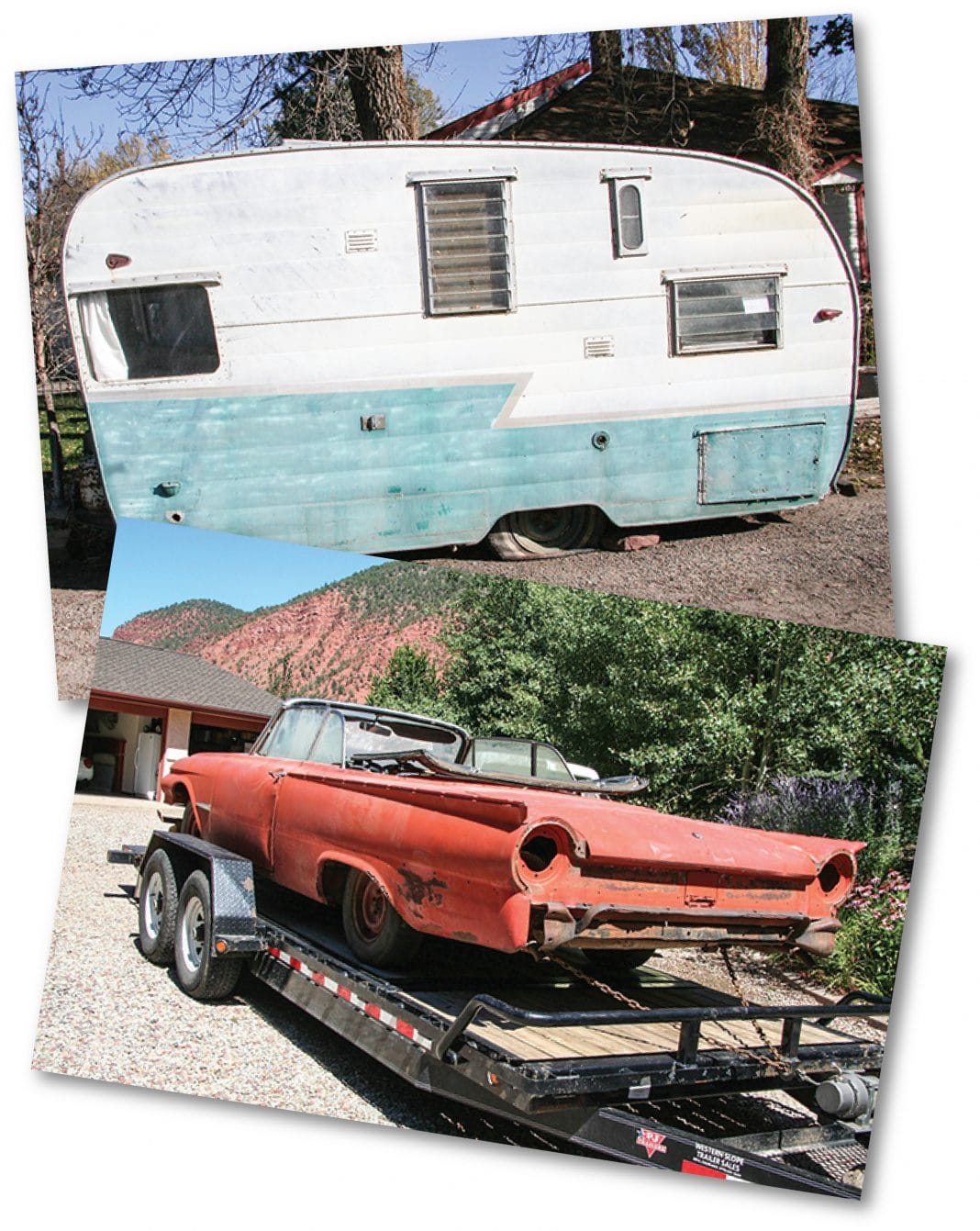 When Richard and Vicky Nash married, it was a match made in trailer heaven. Richard is a custom homebuilder and classic car buff. Vicky is passionate about midcentury travel collectibles. When she read about a group of women who painted murals on vintage travel trailers, she convinced Richard that it would be fun to rebuild one. They found a hail-damaged 1970 Shasta hunting trailer with camouflage curtains and transformed it into a fully functional, attention-grabbing trailer. They were hooked.

The search was on for their next project. They preferred earlier models, “canned hams” with iconic silver wings. They purchased a 1962 Shasta Airflyte for $100, complete with a dilapidated interior, split seams, a leaking roof and damaged siding. Richard stripped the trailer down to the frame, salvaging or replacing what he could and using original parts as templates for the rest. The original wings on the exterior accent the new paint job. Vicky sewed curtains and cushions, and decorated the interior with a soda fountain theme. Nine months and $10,000 later, “Candy,” whose red-and-white colors are reminiscent of peppermint candies, was nearly complete. All she needed was a matching tow vehicle. Richard found a rusty 1961 Ford Galaxie Sunliner convertible in need of just about everything, starting with an engine and transmission overhaul. Sundance and Candy are now hits at classic
car shows.
Vicky’s whimsical suggestion has grown into a successful business. Retro Trailer Design in Glenwood Springs, Colorado, renovates rescued 1950s-‘60s-era campers and customizes trailers to private owners’ specifications for recreational or commercial use. Customers can expect complete restorations in four to five months at a price between $25,000 and $40,000.