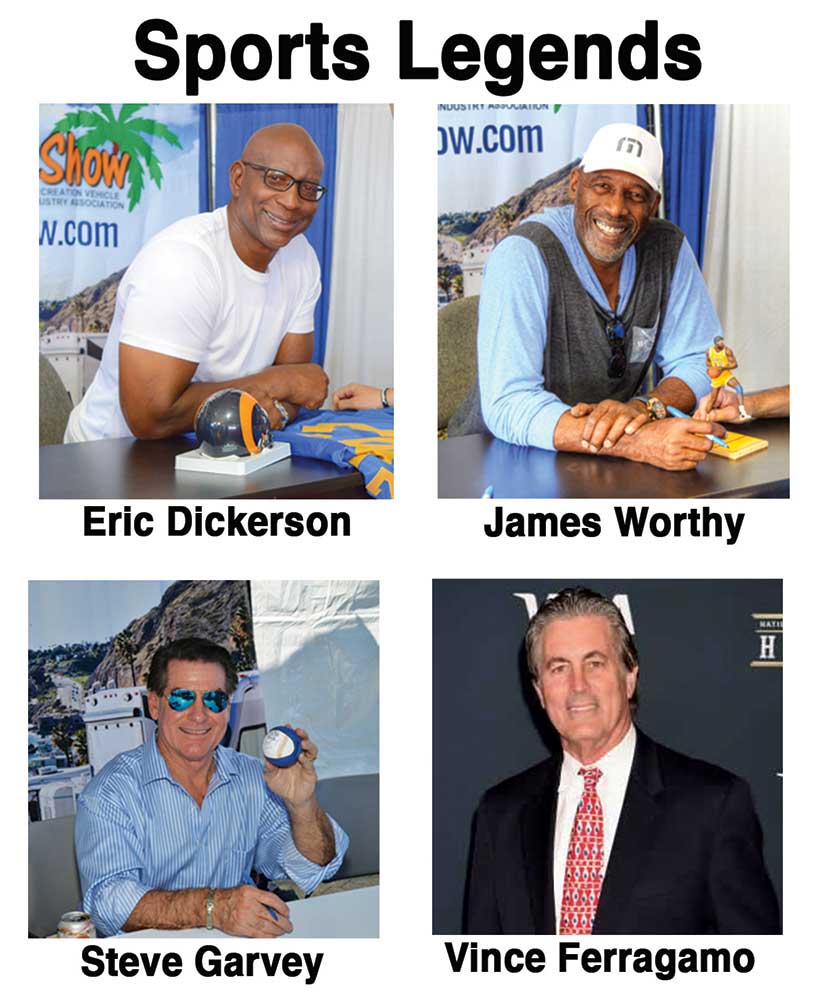 The longest-running RV show in the nation is celebrating its 65th anniversary. The California RV Show, held October 6 to 15, 2017 at the Los Angeles Fairplex in Pomona, will feature more than 1,400 new RVs. Thirty-plus dealers and a large exhibitor tent featuring various accessories and aftermarket products to personalize your RV will be spread out over 1.3 million square feet.

New 2018 models from Class A, B, C and travel trailers, fifth-wheel trailers and toy haulers will be on display so you can decide which RV fits your lifestyle. Special financing is available for those who want to take advantage of the show specials. You can get behind the wheel of a Class A, B or C for a test drive — visit the “Test Drive” area and ask one of the dealers to go for a ride.

The show also promises a rare opportunity for sports fans to see some of the greats up close and personal for a meet and greet. Check out the California RV Show’s website for appearance dates for the following legends:

Also making appearances are television host and actor Mario Lopez (October 14 at 11 a.m.) and actress Jennie Garth (October 6 at 1 p.m. and October 7 at 10:30 a.m.), who is an avid RVer and DIY person and will share her RV adventures.

The show will be at the Fairplex in Pomona at Gate 9. Show hours are 10 a.m. until 6 p.m. daily. Adult admission is $15, kids 17 and under are free, and active military personnel are free with ID. A $1 off admission coupon is available on the website. Parking is $10 per car and $15 for RV. The show is produced by the Recreation Vehicle Industry Association (RVIA), the national trade association representing recreation vehicle (RV) manufacturers and their component parts suppliers who together build more than 98 percent of all RVs produced in the United States.