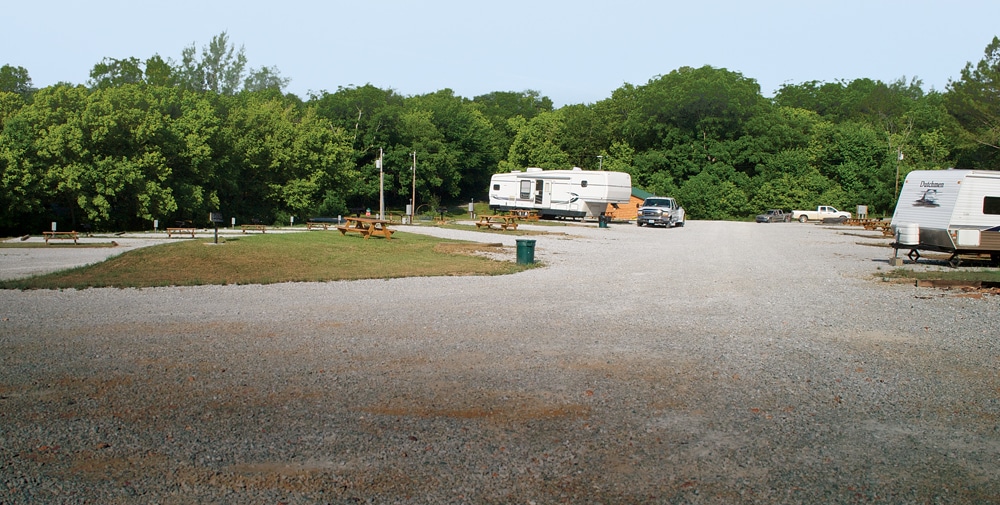 Dawn comes to the serene Ozarks of northern Arkansas in a veil of damp grayness. Socked-in fog shrouds the thickly treed landscape, until in a burst of white-chrome light, the sun pops over the ancient hills and the fog melts away into a clear blue sky. Even after the sun climbs high, the early morning cool hangs in the air. This is what we encountered during our recent visit to the Buffalo National River, one of the Ozarks’ most magnificent gems.

The free-flowing Buffalo, with its rapids, riffles and long reaches of mellow transparent water, is popular for float trips, drawing more than 1 million visitors each year. They also come to camp, fish, hike or ride horses on more than 100 miles of trails along the river.

We have crossed the Buffalo at least a dozen times over the years, though until this visit we had never canoed or explored it much. This day would be different and include a two-hour horseback ride in the morning, followed by a three-hour canoe trip on the river in the afternoon.

The 151-mile-long river, once called the “Buffalo Fork of the White River” (now called just Buffalo River) begins high in the rugged Boston Mountains in northwest Arkansas, coursing a circuitous route east through a wilderness landscape. Along its miles, before it unites with the White River near Buffalo City, the tap-water-clear Buffalo drops nearly 2,000 feet through layers of sandstone, limestone and chert that have been sculpted by the elements into a host of intriguing geologic shapes over the millennia.

Towering bluffs up to 500 feet, the highest in the Ozarks, line the river for many stretches, striated black, gray, white and tan, and pocked with hundreds of caves which, like the many overhanging cliffs, seasonally sheltered prehistoric Native Americans more than 8,000 years ago. Typical of Arkansas’ Ozarks, numerous springs; sinkholes; natural stone bridges; box canyons; and lush, white-lace waterfalls all provide the most intriguing geology.

A machine at the new Gilbert RV Campground will press a penny into a local warning.

Permanent settlers didn’t come here until the early 19th century, and though now gone, evidence of them remains. There is an anchor bolt left from an old swinging bridge that was washed away years ago in a flood; an aged stone fence around an abandoned field; or long-silent machinery from an old mine; a crumbling stone chimney, standing like a lone sentinel, guarding the site of a long-gone cabin. And in spring, daffodils still bloom, dozens of flower generations after being planted by the settlers.

What sets the Buffalo apart from other rivers in the White River system, beyond the fact that it’s the last remaining tributary of the White that’s still free flowing, is the vision of one man. Former Congressman John Paul Hammerschmidt, who grew up along the Buffalo enjoying its offerings, realized decades ago that it was more valuable flowing free than as a source of electric power. He worked to make sure it would stay that way.

That story begins nearly half a century ago — several years before the U.S. Congress designated the Buffalo a national river in 1972. Congressman Hammerschmidt, of Harrison, represented his district in Washington, D.C., for 13 terms (1967-93). Two dams were authorized to be built in 1938 on the Buffalo to provide hydroelectric power. More than a decade later, but before the dams could be built, President Eisenhower vetoed the proposal “for economic reasons, giving the river a temporary reprieve.” And in 1965 Arkansas Governor Faubus placed a moratorium on any damming of the Buffalo.

The next year, Hammerschmidt was elected to his first term in Congress, and he “was determined to make the protection permanent.” He immediately initiated the process, crafting legislation that culminated five years later in an act of Congress signed by President Nixon making the Buffalo the first national river in the country.

Today, 135 miles of the river are protected, along with 95,730 mostly wooded acres that border its banks, of which 36,000 acres are designated wilderness areas in three separate units. But Hammerschmidt was also mindful of the families living along the river at the time of its designation. They were permitted to stay in their homes for another quarter century.

Designated trails are located in all three park districts (Upper, Middle and Lower River), and some trails are simply old roads, many of which are now closed to motor vehicles. For every six riders an “out-rider” or guide is provided. My horse, one of Milburn’s 14, was a sweet gray Arabian quarter horse named Bubba — who very much wanted to lead the procession, as that generally is his role, said Milburn with a smile.

Trail riders splash across the Buffalo River at Arnold Bend

We mounted up at a grassy field dotted with horse trailers, then wound over dry Calf Creek, and along a road overhung with an array of hardwood trees, and finally splashed across the Buffalo at Arnold Bend. The ride was two hours of great fun. For visitors who bring their own horses, the park offers several horse camps.

Buffalo River Outfitters also provided canoes for our afternoon float trip on the Middle River. It’s less challenging than much of the Upper River, which runs through some of the park’s most rugged terrain. The Middle River, much of it fairly quiet water that allows paddlers to enjoy the pastoral landscape, is also less remote than the Lower River, which flows through the park’s largest wilderness area. Among the attractions are Indian Rockhouse Trail and the Rush Historic District, a once-flourishing zinc mining town established in the 1880s. The mine reached peak production during World War I, but when the price of zinc plummeted, Rush began declining. Today it’s a ghost town.

Guy and I, and the other canoeists, put in at Grinders Ferry (just east of U.S. Highway 65 and the Tyler Bend Visitor Center and Campground) bound for quaint Gilbert. This is a beautiful loop of river, short stretches of fast-flowing, mirror-smooth water between a dozen or more fair-to-middling rapids, crystal clear to the gravel river bed. Jade green willows thickly grow along the banks to a dramatic backdrop of rugged, tree-shrouded bluffs, overhangs and caves.

A massive limestone outcropping looms over canoes on the Buffalo River.

And on this sunny afternoon the river was liberally populated by colorful kayaks, canoes and rubber rafts, which in turn held paddlers and passengers decked out in every vibrant hue. Guy and I were intrigued with the juxtaposition of these gaudy dots of color amid the more muted, sublime shades of nature.

At the end of the line, Anthony Elliott, a guide with Buffalo River Outfitters, met us in a van for the return to Grinders Ferry and our pickup.

Nearby, the Tyler Bend Visitor Center was beckoning. There you’ll find a small museum displaying artifacts from the area (such as a plow and axe), early photos and an array of fossils and mounted native animals. There’s also copious information about the river itself: how it took shape over the millennia, who called its shores home, and how it survived plans to harness its power.

Thanks to the foresight of Congressman Hammerschmidt and others, the Buffalo remains a world where antique landscapes, even lifestyles still exist. It is, in the words of the National Park Service, “an island of time and space.”