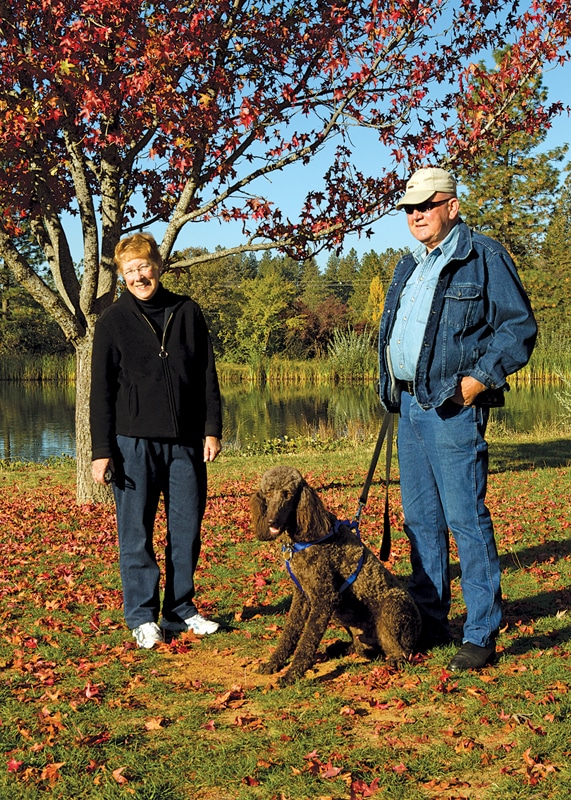 There’s nothing better than sharing traveling adventures with the ones you love, but what happens if the one that you love most has four legs and a tail? Sharing the camping lifestyle with Fido, Bowser or Rover isn’t as difficult as it may at first seem, as long as you prepare and adapt accordingly.

We wanted Harper to have his space and go there when commanded to “find your bed.” We also placed some emphasis on making potty stops on command. The command, “Harper, go potty,” usually produces the desired results. Well, most of the time. As he matures the results are growing more consistent.

We are fortunate that the back seat in our crew cab pickup folds flat and makes a nice platform for Harper. He has a harness and we clip it to the hard points the manufacturer provides for baby seats. This keeps Harper safe in the back seat during hard stops yet allows him to come forward for some love and attention.