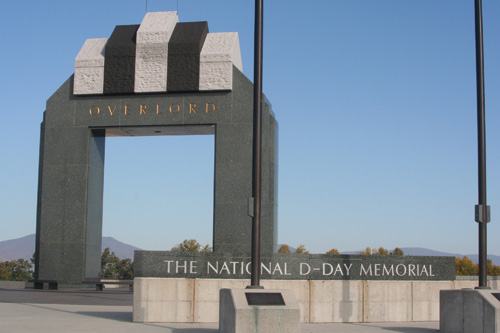 It’s at the foot of Virginia’s Blue Ridge Mountains, between Lynchburg and Roanoke. The population of Bedford today is around 7,000. But the number that’s relevant is how many people lived here in the early 1940s, during World War II. That number was about 3,200.

When the war started for us in December 1941, Bedford’s National Guard unit had already been activated. Of course, after the Japanese attacked Pearl Harbor, guys left here by the busload for boot camps all over the country, and then on to fight the bloody battles in the Pacific and Europe.

The bloodiest of them all — 10,000 American casualties in one day — occurred on June 6, 1944, the invasion at Normandy; it lives still as D-Day. It was the most important battle of the war, and the most significant event of the 20th century. Had it failed? Just be forever thankful it didn’t.

Our debt to those who fought that war, and more particularly those who risked it all on the beaches at Normandy, can never be repaid. But as Americans do; we continue to try.

And that is what brings me to Bedford. 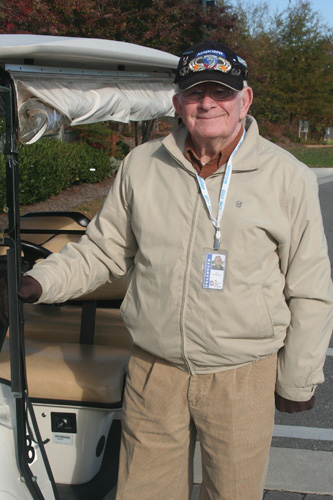 Bedford’s National Guard unit, along with local guys in other units, was in the first wave to hit Omaha Beach on D-Day. By the end of that day, 4,413 Allied soldiers had been killed; 19 of them were from here. Those heroes from Bedford brought national recognition to their hometown that any resident would have given up in a second.

The loss of a son — how do you measure that kind of pain? It’s impossible. But tragedy reduced to numbers is simple and easy to understand: Proportionally, this small, Virginia town had suffered the nation’s severest D-Day losses. 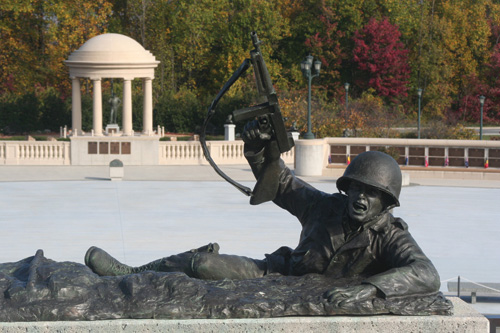 During the months of planning the invasion, it was called Operation Overlord. And “OVERLORD” is the first thing you see when you drive the road that winds up to the 88-acre site. It is on a 44-foot arch of gray marble that towers over the flags that surround it, the flags of the 12 nations of the Allied Expeditionary Force.

I could have walked the site, but then I wouldn’t have met Bob Vandelinde. Bob is a volunteer tour guide who conducts his tours in a golf cart. Since he was wearing a Purple Heart on his “Airborne” cap, he rates something more distinguishing than a golf cart, but that’s as good as it gets here for riding tours. Bob is 80 and a veteran of the Korean War.

The memorial is laid out as a continuum of three plazas that follow a time line. The first represents the planning with a magnificent statue of General Eisenhower, the allied supreme commander. The second has an “invasion pool” with sculptures of soldiers struggling ashore with “bullets” hitting around them, simulated by water jets. The third plaza celebrates victory and includes the Overlord arch. 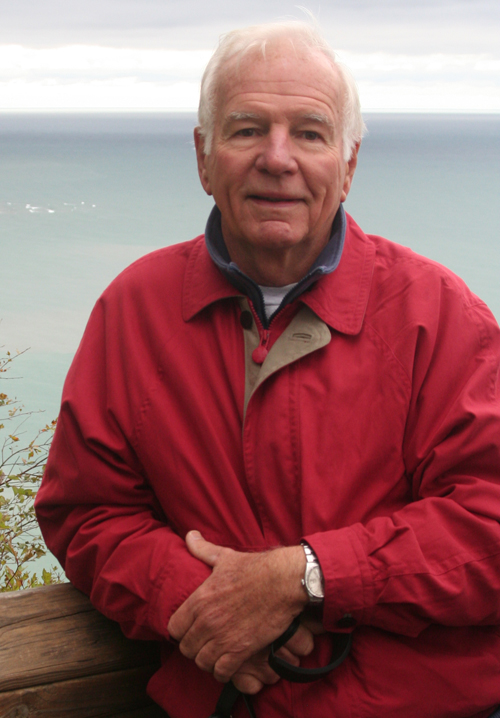 Bob stopped there so that I could read the words on a plaque. It was the short speech that General Eisenhower gave to his men the night before the invasion. It ends: “Good luck! And let us all beseech the blessing of the Almighty God upon this great and noble undertaking.”

Bill’s e-mail address: [email protected]. Next month Bill will be in Apalachicola, Florida.