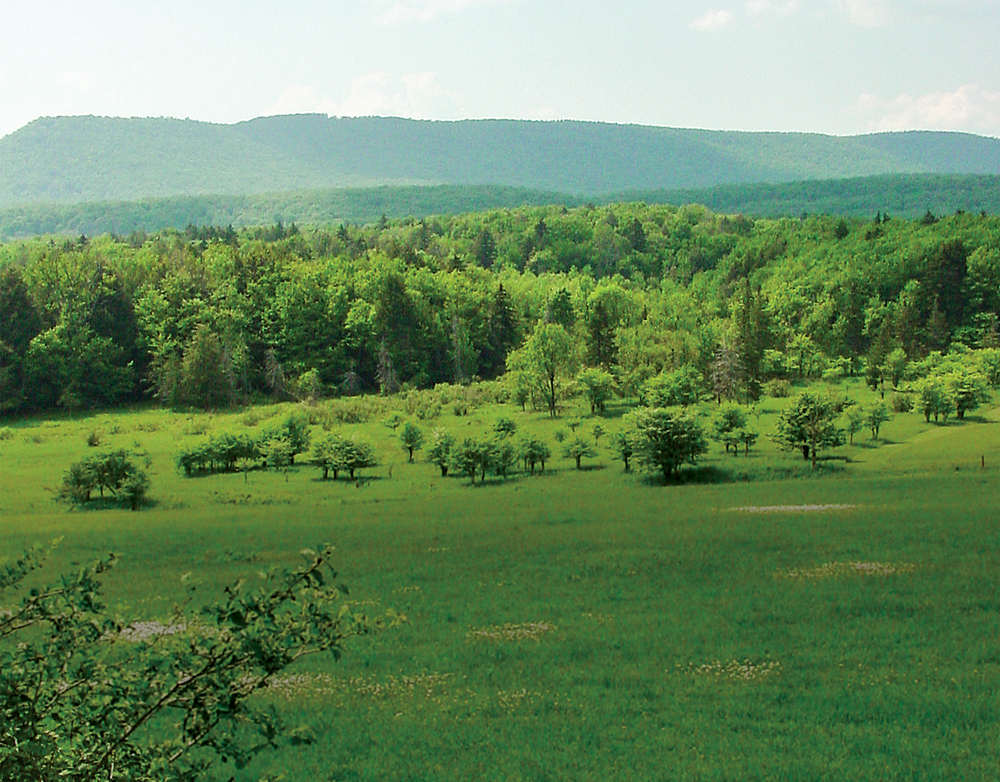 Singer-songwriter John Denver knew what he was talking about when he referred to West Virginia as “almost heaven.” This picturesque Appalachian state is studded with pine-forested mountains, flowing streams and rivers, and woodlands teeming with an endless supply of flora and fauna — simply an incredible mixture of natural wonders.

On a cross-country trip, we found ourselves in the wilds of West Virginia — more specifically in the northern part of the state, near the small city of Morgantown, just south of western Pennsylvania. What this region lacks in the way of large tourist complexes, bustling cities and fast-food conven­ience is more than made up for by its serene beauty, heady tranquillity and unspoiled nature.

We set up camp in our fifth-wheel trailer at Chestnut Ridge Regional Park and Campground in a wooded site with water and electric hookups. Chestnut Ridge, which lies in Bruceton Falls, just east of Morgantown, was within an hour’s drive of most of the natural sites in this area of West Virginia and Pennsylvania that we planned to visit. These included several state parks, some spectacular state forests, winding drives through scenic mountains, an interesting historic spot or two and even a fine example of Frank Lloyd Wright architecture.
One of our first stops was Cathedral State Park, south of Morgantown in Aurora, West Virginia. This park is set in an ancient hemlock forest of majestic proportions — one of the last hemlock woodlands that once flourished in the Appalachian highlands. We hiked the Cathedral Trail, which took us through an incredible forest with trees up to 90 feet tall and 21 feet in circumference, as well as nine species of ferns, three species of club moss and more than 30 tree species. Along the mile-long trail, we spotted several chattering squirrels and chipmunks, a variety of birds and several showy wildflowers.

From Coopers Rock Overlook, you can survey
miles of rich West Virginia countryside.

Another state park well worth the visit is Ohiopyle, this time in southwestern Pennsylvania, just a short drive over the border from Morgantown. Located mainly in Fayette County, Ohiopyle State Park encompasses more than 20,000 acres of rugged natural beauty and serves as the gateway to the Laurel Highlands. The highlight of the park is the more than 14 miles of the Youghiogheny River Gorge that passes through its heart. Some of the best whitewater boating and kayaking in the eastern United States can be found here. A couple of magnificent waterfalls can also be seen in the park, including the roaring Ohiopyle Falls and the gentle-misting Cucumber Falls.
Two other crown jewels in this area are Blackwater Falls State Park and Canaan Valley State Park. Located about 50 miles south of Morgantown, these parks offer their own brand of beauty. Blackwater Falls is the main attraction of the park that bears its name. The dark-colored water is a byproduct of tannic acid from fallen hemlock and red spruce needles, and you can spend hours gazing spellbound at these fantastic falls. Canaan Valley offers unlimited vistas with rolling hills, fertile valleys and pine-wooded peaks. A drive through this area is a trip into true Appalachian wonder.
One of our final state-maintained excursions was to Coopers Rock State Forest and its signature feature. A huge, flat, rocky outcropping with an observation platform set high above the Cheat River and surrounding valley, Coopers Rock extends a view that is glorious to behold. A short walk out to the site brings you to the edge of nature’s grandeur, and when experienced at sunset, the view will be remembered for a lifetime. Luckily for us, Coopers Rock was just a couple of miles from our campsite at Chestnut Ridge. 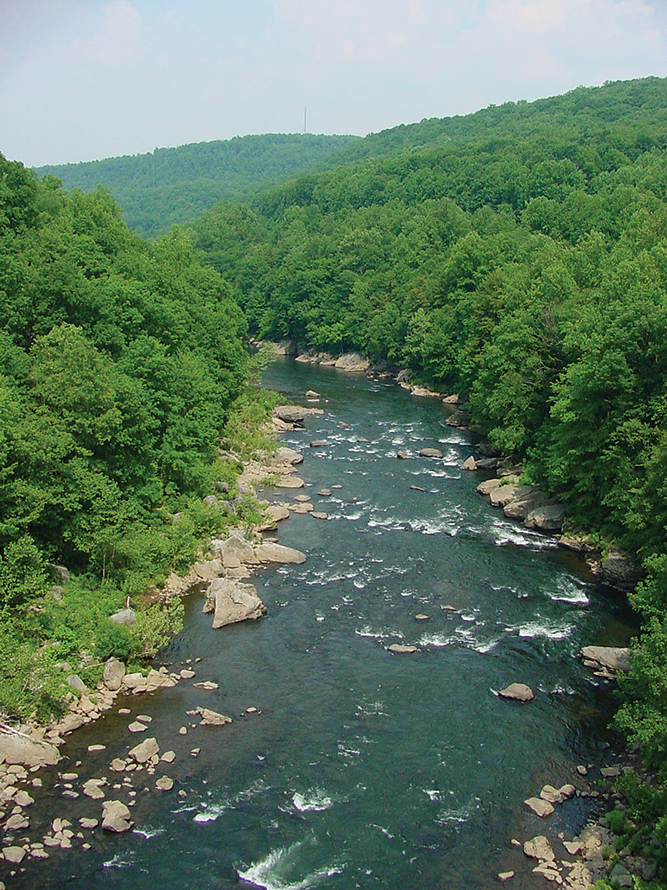 The Cheat River meanders 73 miles through West Virginia and Pennsylvania.

In addition to West Virginia’s abundance of state and regional parks, the area has a number of spots of natural, historical and architectural significance that are worth a visit. For instance, Morgantown’s West Virginia Botanic Garden is a lovely place to take in the beauty of nature with weaving trails, and it’s free and open to the public daily from dawn until dusk.
Another interesting stop is the Fairfax Stone near the town of Silver Lake, West Virginia. The Fairfax Stone is a rock monument at the headspring of the Potomac River. It was set there in 1746 at the request of Thomas Lord Fairfax, who owned much of the land in the area. The stone marks the dividing line between Maryland and West Virginia. A short unpaved road leads to the stone, and it’s well worth the trip.
In the town of Silver Lake itself are a couple of attractions worth seeing — the smallest church and mailing office in the Lower 48 (at least they’re claimed to be by the builders). Our Lady of the Pines is a Roman Catholic church with seating for 12. The two buildings, standing side by side, were undoubtedly erected for the purpose of attracting visitors, and they certainly do the job well, while the post office does in fact serve the community of Silver Lake. Beyond cute, the church and post office are definitely two-of-a-kind.
One of the region’s most visited buildings, this time in Pennsylvania, is Frank Lloyd Wright’s Fallingwater house. Located in the town of Mill Run, Fallingwater is one of Wright’s most widely acclaimed works, designed in 1935 for the family of Pittsburgh department store owner Edgar J. Kaufmann. The key to the setting of the house is the waterfall over which it is built. The falls were a focal point of the Kaufmanns’ activities, and the family asked Wright to locate their weekend house near them. Wright designed the house right on top of the falls, with the water running under and through the bottom of the foundation — a unique structure by anyone’s account.
Picturesque towns, friendly people and plenty of rustic shops and restaurants dot Morgantown’s quaint countryside. West Virginia grows on you, and its pace and tranquillity are a throwback to quieter, gentler times.

Once you’ve visited, you’ll be humming along with John Denver, “Country roads, take me home….”

The friendly staff at Ohiopyle State Park welcomes RVers to the area.