Surrounded by mountains rising above 13,000 feet, the scenic port of Valdez is an outdoor paradise for cycling along Prince William Sound, cruising past calving glaciers, kayaking among marine animals and gazing at Alaskan wildlife

Valdez is a must-see, must-experience, must-visit place. Often called Alaska’s Switzer­land, it is nearly surrounded by the

stunning snowcapped peaks of the Chugach Mountains. The Chugach Mountains are not only the most heavily glaciated peaks in the Northwest, they are some of the tallest coastal mountains in the world, rising from sea level to an elevation of 13,176 feet atop Mount Marcus Baker.
While traveling around Alaska during the summer of 2014, my husband, Mike, and I were often asked about our five-month-plus travels. What was your favorite place to visit? What was your favorite animal that you photographed? There’s no doubt that choosing a favorite animal was difficult. Was it the photos I took of grizzlies mating? Brown bears clamming? A humpback whale breaching? A great gray owl hunting? Though it was difficult to choose a favorite animal, it was not hard to choose my favorite place. It was always Valdez. 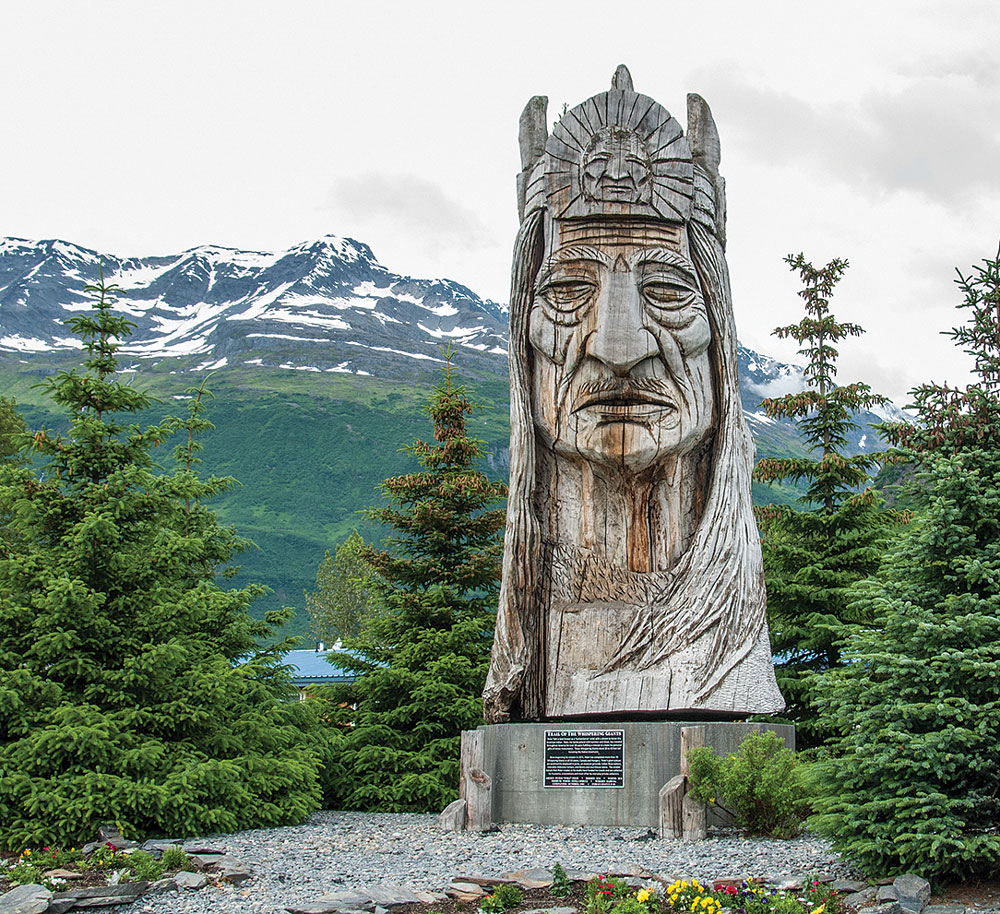 Seventy-four of Peter Wolf Toth’s Whispering Giants sculptures can be found around the world, including this one in Valdez.

We stayed in Valdez for a week because there is so much to see and do. Most of all, we wanted to be there on a day when it was clear so we could see the views. Some days it was cloudy and rainy, and I could barely see the surrounding mountains. Other days it was clear and beautiful, and the mountains seemed to stretch forever.
Unlike some Alaska port towns that are accessible only by boat or airplane, you can drive to Valdez. We drove down Alaska’s oldest and longest highway, the historic Richardson, through forests and past waterways, such as Willow Lake, where the Wrangell Mountains are mirrored on a windless day. Along the way we climbed up and over Thompson Pass, at 2,678 feet, the highest point on our way to Valdez, visiting Worthington Glacier en route. We found a nice place to dry-camp near the pass, and on a night when it never got dark, we gazed at 27 Mile Glacier out our RV window. It was so stunningly beautiful that we slept with the shades open so we could wake up and look at the glaciers that nearly surrounded us.
Continuing south from Thompson Pass, we slowly made our way to Valdez — and I do mean slowly. Why? Because we didn’t want the views to end! But there was no need to worry, as the awesome sights continued as we drove through 3-mile-long Keystone Canyon, carved by the Lowe River, and motored past some jaw-dropping waterfalls, including Bridal Veil and Horsetail. 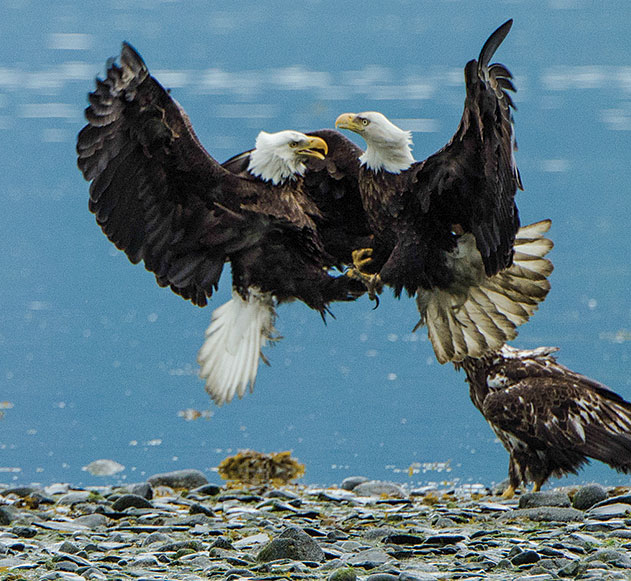 Valdez has several RV parks, many of them close enough that you can walk to the harbor. We stayed at Eagle’s Rest RV Park and walked to the harbor on many occasions, to book a boat tour, look for sea otters, eat a meal and just walk among the different boats. Near the harbor we found the trailhead for Dock Point Trail, a 1-mile-round-trip hike with a view overlooking the Port of Valdez, where the 800-mile Alaska Pipeline ends at the Valdez Marine Terminal.
We spent time walking around town, and on a couple of rainy days we visited the local museums. At the Valdez Museum, we paid a small entrance fee to see the Remembering Old Valdez exhibit. We were educated on the history of Valdez, including learning all about the demise of Old Valdez with the devastating earthquake and tsunami that hit the area in 1964. One of my favorite museums, the Maxine & Jesse Whitney Museum, was free, but donations were welcomed. There, we found an extraordinary compilation of Alaska Native artifacts, including clothing and, though I’m usually not a fan, animal mounts.

Fishing is a popular activity in Valdez, and while we don’t fish, we like to spend hours watching animals that do. Bald eagles squabble over plentiful salmon in June, while glaucous-winged gulls and black-legged kittiwakes do the same. We often moseyed along Dayville Road searching for wildlife, especially brown and black bears near the fish hatchery. Constructed in 1982, the Solomon Gulch Hatchery is licensed to incubate and release 230 million pink salmon eggs and 2 million coho salmon eggs annually. The best time for viewing is July through September. Self-guided walking tours are open from 8 a.m. to 7 p.m. daily during summer.
We love exploring small towns on our bikes, so some days we pedaled around Valdez and rode the paved trail along the Richardson Highway. We spent another beautiful day kayaking around Valdez Glacier Lake. Paddling our inflatable kayak, we marveled at ice caves and even got to touch the glacier. Cold winds swooped down, making us glad we had the sense to wear jackets. If you don’t have your own kayak, check in town with Anadyr Adventures.
No experience is needed.

We spent another day with Captain Fred Rodolfaboard the M/V Lu-Lu Belle. While going to and from the Columbia Glacier, we searched for wildlife from 11 in the morning to 8:20 in the evening. We stopped within ¼ mile of the face of the largest tidewater glacier in Prince William Sound, the second-largest in North America. We visited on a very active glacier-calving day, and oohed and aahed along with others as a big hunk dropped into the sound with a powerful splash. Of course, one of the best things about a cruise in Prince William Sound is the

wildlife you might see along the way, and we were not disappointed. Humpback whales, Steller sea lions, bald eagles, sea otters and so much more crossed our path, and Dall’s porpoises rode the wake of the M/V Lu-Lu Belle.
Captain Rodolf talked and talked the entire tour, telling us all about the glaciers, the 1964 earthquake and the 1989 oil spill. We learned that the Columbia Glacier was the last of Alaska’s tidewater glaciers to go into a retreat. Though he didn’t have to tell us that Prince William Sound teems with wildlife — because it was quite obvious — he cheerfully told us anyway!
Another day we explored the Meares Glacier with the folks at Stan Stephens Glacier & Wildlife Cruises. This time we left Valdez at 10 a.m. and arrived back at 7 p.m. We saw some of the same waterfalls and gorgeous scenery from the previous cruise, and saw more humpback whales, sea otters (some with babies) and bald eagles — but a person can never see enough wildlife, so we were happy with the cruise.
While many glaciers are in rapid retreat, the Meares Glacier is one of the few advancing tidewater glaciers in North America. It was amazing to see a glacier that is growing instead of getting smaller.

On a rainy day in Valdez, boats cast reflections in a small harbor.

While talking to locals, we kept hearing about the lovely ferry ride to Cordova, a quaint fishing town on Orca Inlet, on the east coast of Prince William Sound. No roads lead to Cordova, so on a foggy afternoon we took the M/V Chenega ferry. While we could have paid to ferry our travel trailer to Cordova, we opted to ferry our pickup and stay at the Dragonfly Inn, storing the trailer in Valdez. We spent three days searching for wildlife, and though we saw only one skittish black bear, we observed thousands and thousands of gulls, and had fun looking for the moose we know live in the area.
Although we saw a couple of black bears during our stay in Valdez, we never stopped searching for brown bears. Bear watching is a favorite Alaska activity, beginning in May, when the bears can be seen grazing high up on the mountainsides, and extending through late October, when they start their annual hibernation. They are most often seen on Dayville Road after the salmon begin their runs in late June. Along with bears, you may also see sea lions, sea otters and many varieties of birds.

An important commercial fishing area, Prince William Sound is also a premier destination for sport fishing, as mentioned previously. Popular year-round, the sound offers some of the most accessible halibut in Alaska. Valdez is also home to some of the oldest fishing derbies in Alaska, awarding thousands of dollars in prize money each year.
We were surprised to find that Valdez is also a popular winter destination. I figured most people would escape the cold, but folks flock to Valdez in winter where copious amounts of snow allow them to go helicopter skiing and participate in other winter sports.

So what’s my favorite Alaska town? It has to be Valdez! 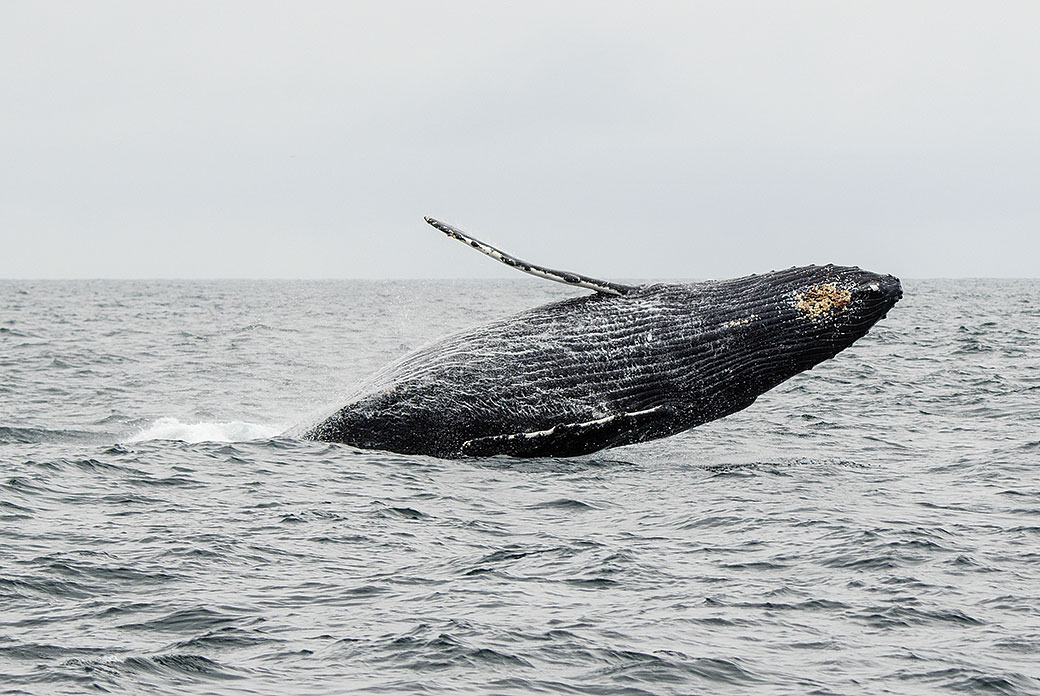 Located across the Richardson Highway from Prince William Sound, Eagle’s Rest has 184 RV sites with water, sewer, electric and cable hookups. Amenities include a 24-hour convenience store, a laundry room, unmetered hot showers, gas, diesel, LP-gas and a dump station. Back-in and pull-through sites are available for $37 to $49 per night (minus the 10 percent discount for Good Sam Club members), with weekly rates starting at $230.
800-553-7275 | www.eaglesrestrv.com