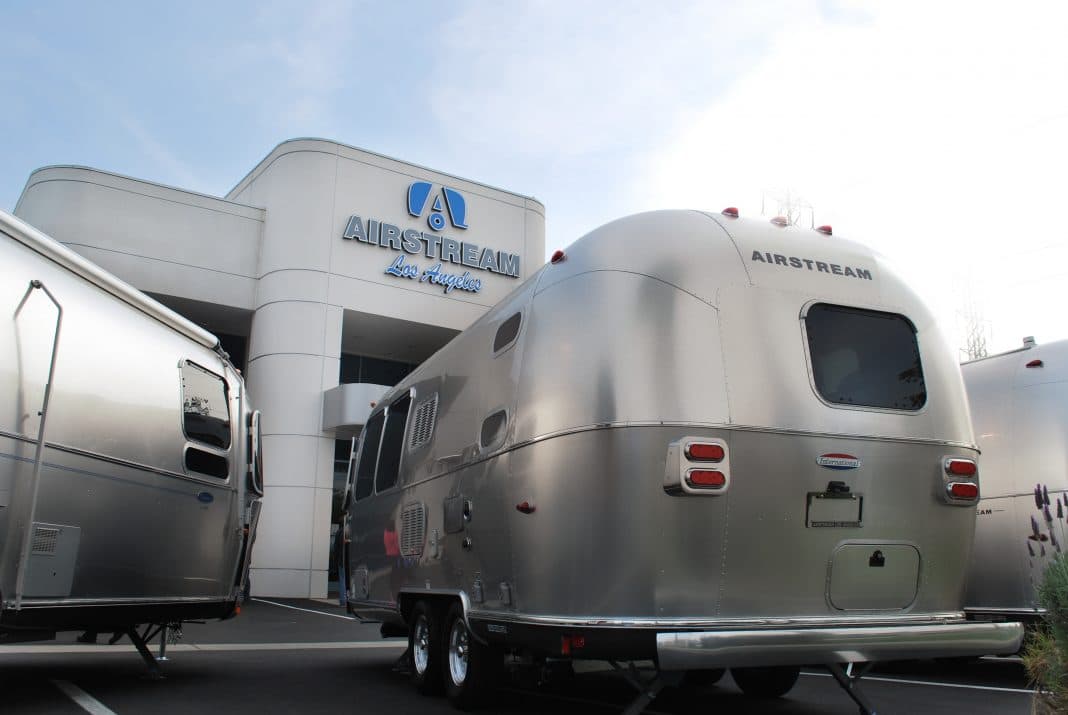 Airstream has opened its fifth stand-alone dealership in the United States, with the grand opening of Airstream Los Angeles on May 4. Twenty minutes east of downtown L.A. In San Gabriel, Calif., Airstream’s newest store is a former automotive dealership was built in 2005.

Airstream President and CEO Bob Wheeler spoke to Trailer Life the day of the grand opening, and said the new dealership will serve one of the company’s strongest regional markets with a modern stucco-and-glass exterior and a 14,000-square foot service department.

“We’re lucky to step into a gorgeous facility that was barely ever used,” Wheeler said. “The City of San Gabriel is overjoyed — this will bring employment and revenue to the area, so they’ve been very supportive.”

He added that while the company is happy with its integrated dealers throughout the country, but said standalone, flagship stores allow dealers to focus and understand “the magic of the brand” to create a better experience.

“There’s a certain way to demonstrate the product, a certain way to sell Airstreams to speak to people’s passion about the brand and the durability and quality and safety, and these locations are going to do that more effectively than other places,” said Wheeeler. “It’s really been a tremendous success at some of the Airstream-only stores, and we don’t expect Airstream Los Angeles to be any different.”

Airstream Los Angeles is located at 1212 East Las Tunas Drive in San Gabriel, and at www.airstreamlosangeles.com.