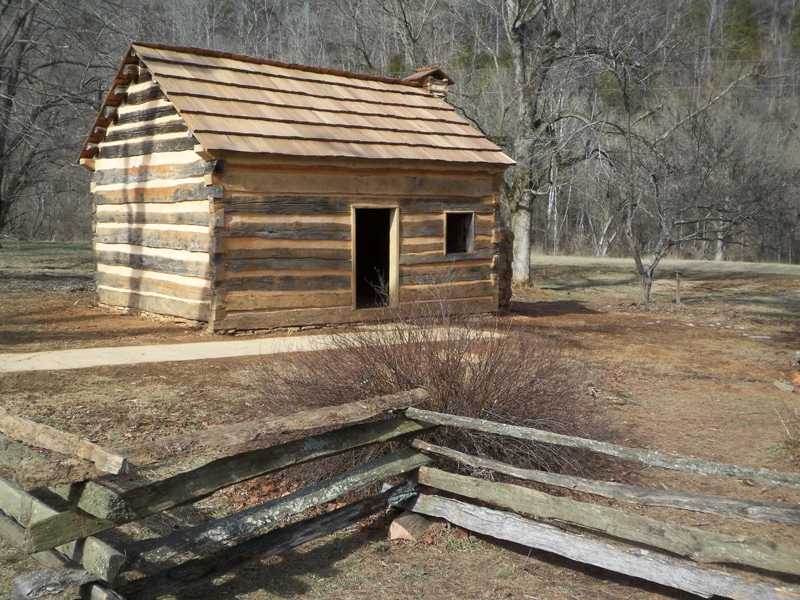 Only about 50 miles from the incomparable Mammoth Cave, another of Kentucky’s attractions draws travelers who are interested in American history. Although George Washington is often viewed as the father of our nation, perhaps no one has done more to shape the country we live in today than Abraham Lincoln. RVers who visit the Abraham Lincoln Birthplace National Historic Park, which consists of the Birthplace Unit and the Boyhood Home Unit at Knob Creek, will surely feel a thrill traversing the same grounds that the boy who grew up to become the 16th president of the United States once walked.

In the visitor center of the Birthplace Unit, the Bible that belonged to Abraham’s parents, Thomas and Nancy Lincoln, is on display. Biblical references often appear in Lincoln’s writing, and religion played a large role in his life. A 15-minute orientation film provides insights into the Lincolns’ life in Kentucky, and the exhibit hall helps explain what living in a frontier cabin was like.

Within the impressive Memorial Building, which features one granite step for each of Lincoln’s 56 years, stands a cabin that replicates the one in which Lincoln was born. Sinking Spring flows nearby, a spring from which Lincoln first drank. Visitors can enjoy hiking trails and a picnic area on the 116-acre property.

“My earliest recollection is of the Knob Creek place,” wrote Lincoln. From the age of 2-and-a-half until he was nearly 8, Lincoln lived on and explored the 30 acres his family rented on Knob Creek farm. And had it not been for the quick wits and reflexes of his boyhood friend Austin Gollaher, Lincoln may have drowned in swollen Knob Creek when he fell in while playing on a log. Austin, however, grabbed a long tree branch, supported one end, then offered the other to Abraham, who pulled himself in.

Years later, when Abraham had become President Lincoln, he wrote about Gollaher’s heroics.

Various ranger programs allow children of all ages to learn about Lincoln’s formative years. Admission is free, and the sense of history is palpable.