A Day in Savannah: A Fresh Taste of the Old South 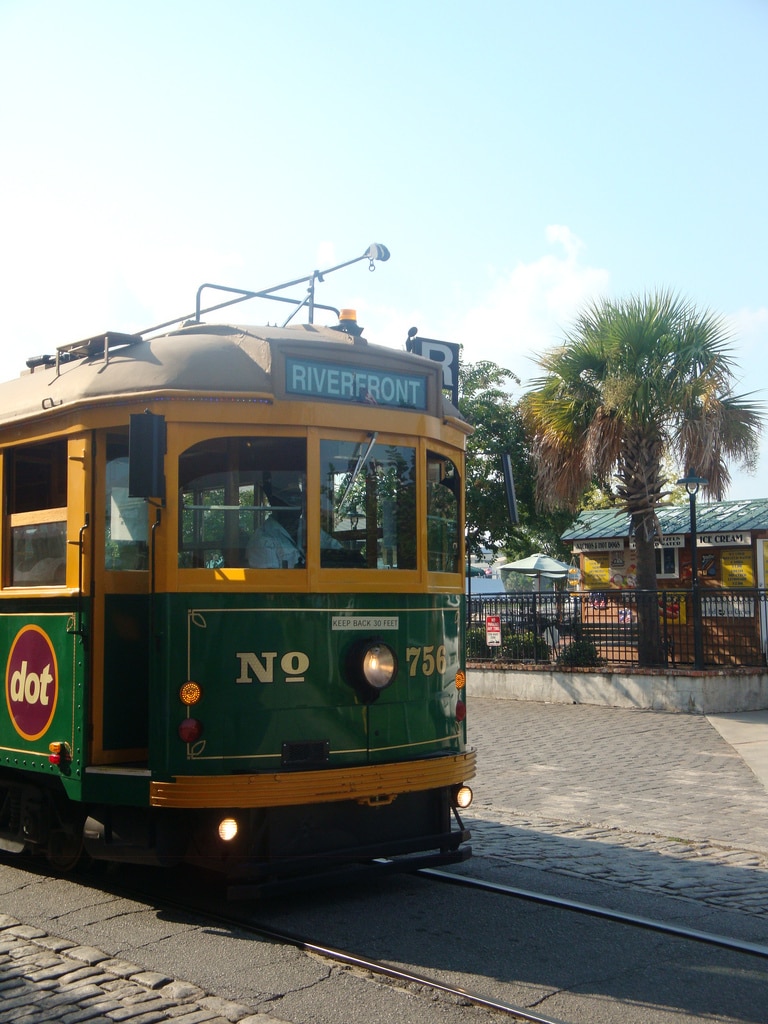 Savannah, Ga., the Forest City, is a place of grand juxtapositions. A city of ancient, moss-draped trees and cobblestone worn down by rich American history. Anyone traveling Interstate 95 should definitely make some time for the city’s many historic wonders and modern attractions.

There are so many historical spots around Savannah, visitors could spend days just finding them. So instead of crisscrossing the city on your own, just catch a trolley!

The popular Old Town Trolley Tours give visitors a chance to wind their way through Savannah’s many oaken thoroughfares and picturesque parks without staring at a map.  Long stops and knowledgeable guides gives visitors a uniquely tangible look at the area beyond the historical spots.  Each of the trolley stops evokes the juxtapositions that make Savannah so unique, riders can wander through the numerous museums or they can experience a lively, modern restaurant or shop. For ghost hunters and anyone curious about the many macabre footnotes in the local history books, Old Town Trolley Tours also offers a nightly Ghosts & Graveyards tour.

Everyone has probably seen a picture of the majestic Southern oaks covered in hanging moss.  But seeing such a site in person cannot be missed.  The mile-long avenue to the Wormsloe Historic Site evokes the feeling of a sleepy old plantation, lemonade on a porch and Southern gentlemen.  It’s simply an icon of the old South. And that’s just the driveway!

Founded in 1736 by Noble Jones, the former plantation is much more than a pretty drive.  The Wormsloe Historic Site was among the first colonial settlements in Georgia.  From then on, it was shaped by the turmoil of American history.

The plantation struggled from the start and was never a profitable piece of land, but what the Jones family lacked in farming, they made up for with preservation.  The Wormsloe ruins are the oldest standing structures in the Savanna area. The ancient homes and workers quarters were crafted from crude, seashell concrete and won’t offer much in terms of shelter today.  They do, however, open a window into the harsh colony times of coastal Georgia.

The site also features walking trails, period reenactment, a mini documentary about the area and a restored home turned gift shop. One note for travelers with a large motor home: the tree-lined avenue is plenty big for an RV and the site has facilities for parking busses and other large vehicles.

The Olde Pink House is certainly old -- and pink. Photo by Ron Cogswell.

The Olde Pink House is a Savannah standout, and as one of the few buildings that survived the calamitous fires of 1796 and 1820. It served as a home to important families and was the headquarters for Union General Zebulon York during the civil war.

Now, the mansion is a local favorite, garnering great praise for its unique mix of modern dining and Southern charm.  Delectable items on the menu include fried green tomatoes with bacon, crispy seared flounder in apricot sauce, and the shrimp and grits appetizer. The menu is sophisticated, but the atmosphere is relaxed, making the Olde Pink House a great place to unwind after a long day of traveling or sight seeing.

What else is there to do after a decadent southern meal but take a nap?

The Savannah Oaks RV Resort is a great spot for a Savannah home base.  Located about 10 minutes from both Interstate 16 and Interstate 95, the park makes for a quick drive to Savannah and other local hot spots.

The park offers full hookups at 62 of its 139 spaces.  Amenities like the playground, a dock for fishing, yard games and boat rentals make the park fun for kids and adults.  Good Sam, AAA and ARVC discounts are available.

One day just not enough? Head over to our sister site, Trailer Life, for another day in the Forest City.