A Day in Nashville: Honky-Tonks and Hot Chicken 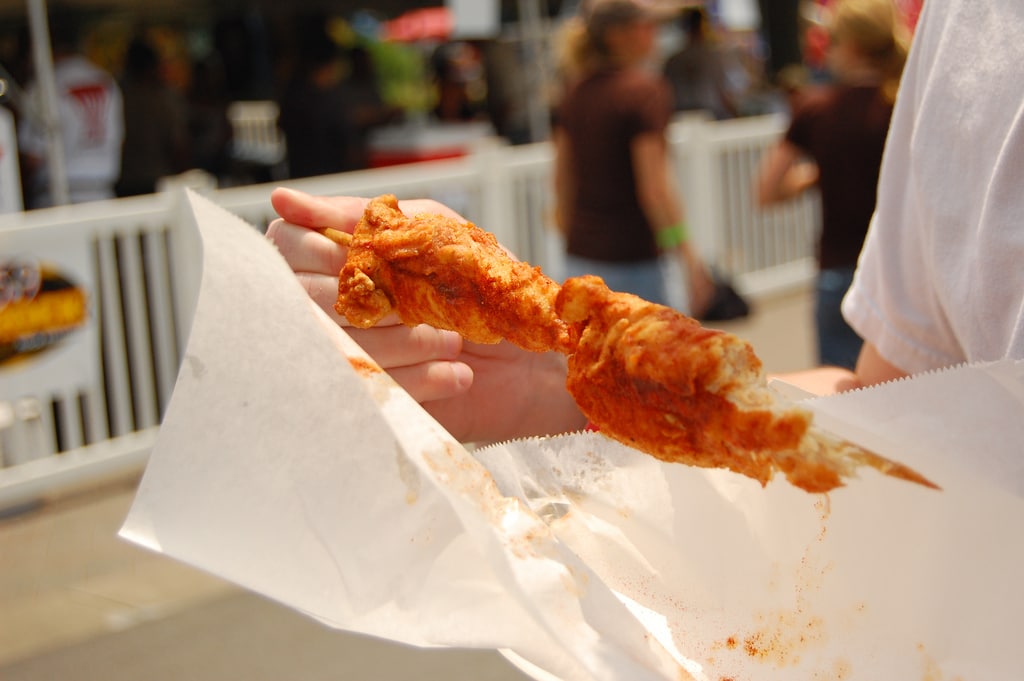 Music is the lifeblood of Nashville, and honky-tonks are the heart, pumping out new sounds from morning to night.

Once upon a time, these venues were rural barrooms blurring the line between a saloon and a dancehall.  Farmers, miners and other blue-collar workers filed in for a whiskey or beer and some good music after a long day.  Now, however, these venues are a destination for locals, tourists and even the occasional famous figure from the country world.

Sure, honky tonks launched the careers of countless country artists from Willie Nelson to Kris Kristofferson, but these are far from museums.  Country greats look down on the writhing crowds from their pictures or murals, but the real draw is the unknown musician playing their heart out on stage.

There are several famous honky-tonks in Nashville, but Lower Broadway is the spot to see all the action.  In the shadow of the famous Grand Ole Opry lies Tootsie’s, the Second Fiddle, and the Stage.  All three venues are famous in their own right, but together they create a thriving miniature country music scene – all within a city block.

Each of the venues opens early, and music plays all day.  The honky-tonks and most of Broadway can get quite crowded once the sun goes down.  Travelers who don’t want to fight for a good view are advised to go early.

Anyone catching some tunes, and maybe a couple beers, must try some of the local cuisine.  The famously delicious Jack’s Bar-B-Que is nestled between the buildings on Honky Tonk Row, but to really get a taste of the Music City, travelers need to find some hot chicken.

What is hot chicken? Well, that depends who you ask.  There are many stories. Ask 100 people, and they’ll have 100 stories explaining the creation of the culinary oddity.  And for every story, there is a different recipe.  What makes Nashville hot chicken unique is that unlike the local dry-rubbed barbecue, hot chicken is made with a wet sauce before being fried.

The dominant theory was that the spicy kick of cayenne was given to a disreputable man as revenge.  That man, however, liked the chicken so much that he made his own recipe and started selling it.  Most culinary historians agree that Prince’s Hot Chicken was the first out of the gate.  Restaurants all around Nashville ran with the idea, all the way to the coast and northward up to Michigan. So getting a spicy bite doesn’t mean navigating the lines at Prince’s.

Pepperfire Chicken, Bolton’s Spicy Chicken & Fish and 400 Degrees are local favorites but with all the recipes, one simply can’t be objective.  A traveler’s best bet is to ask a local what is the closest, best hot chicken.  Just be sure to start mild, hot chicken isn’t always forgiving to delicate taste buds! Most hot chicken spots are small, and sometimes crowded, but they are perfect for grabbing dinner on the way back to the campsite. 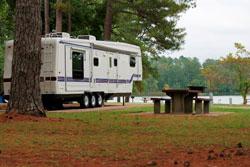 One of the sites at Nashville Shores RV Park — just 20 minutes from downtown.

Speaking of places to stay, the city has many hotels and RV parks, but Nashville Shores RV Park is highly rated and features Good Sam discounts.  Situated just 20 minutes from Honky Tonk Row, the park features all the amenities including a pool and water park to cool off after a day of honky tonks and hot chicken.

If you’re looking for more fun in the area, head over to our sister site, MotorHome, and see how to spend another day in Nashville.