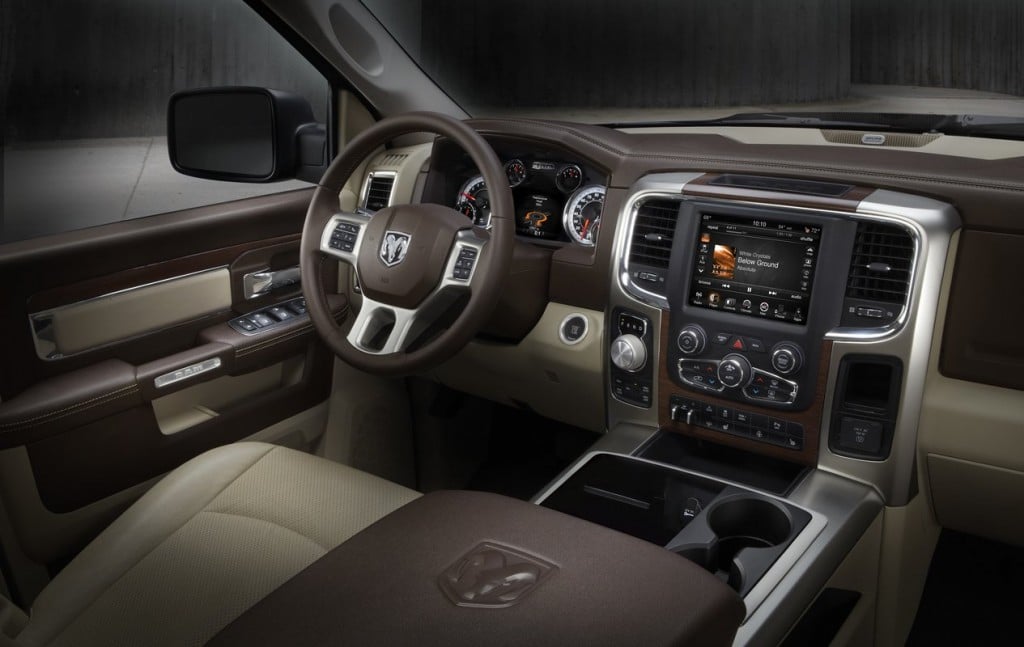 Starting with a 20-percent gain in gas mileage, a new V-6, eight-speed automatic transmissions, air suspensions, and a more carlike interior, the 2013 Ram 1500 trucks have received some notable upgrades. The former 3.7-liter base V-6 was replaced by a Pentastar V-6 rated 305 horsepower and 269 lb-ft of torque. Optional Hemi models now have 395 hp and 407 lb-ft, and feature variable valve timing (VVT) and cylinder shut-off systems for greater efficiency.

A new eight-speed automatic transmission is standard on V-6s and most V-8s. The eight-speeds get a rotary shift selector on the left side of the lower center stack. Some Rams with the eight-speed will have stop-start, which turns the engine off at a complete stop and restarts it when the driver releases the brake for better mileage.

Interiors are only modestly updated, with new climate-control interfaces and multimedia and infotainment systems. A new air suspension combines with independent rear suspension to improve ride and comfort, with five selectable ride heights. An 8.4-inch Uconnect Touch screen system will be available with voice recognition, apps, and WiFi hotspot capability. There’s a new available seven-inch gauge cluster that replaces a conventional gauge cluster and can be set up with three analog’ gauges at a time, including transmission temperature when towing.

Standard safety features include stability control with a trailer-sway system and Hill-start Assist. 2013 Ram 1500 tow ratings range up to 11,500 pounds, while payload capacity is up to 3,125 pounds in the Tradesman Heavy Duty. The V-6 models are expected to match or exceed Ford F-150’s 23-mpg V-6 highway rating.